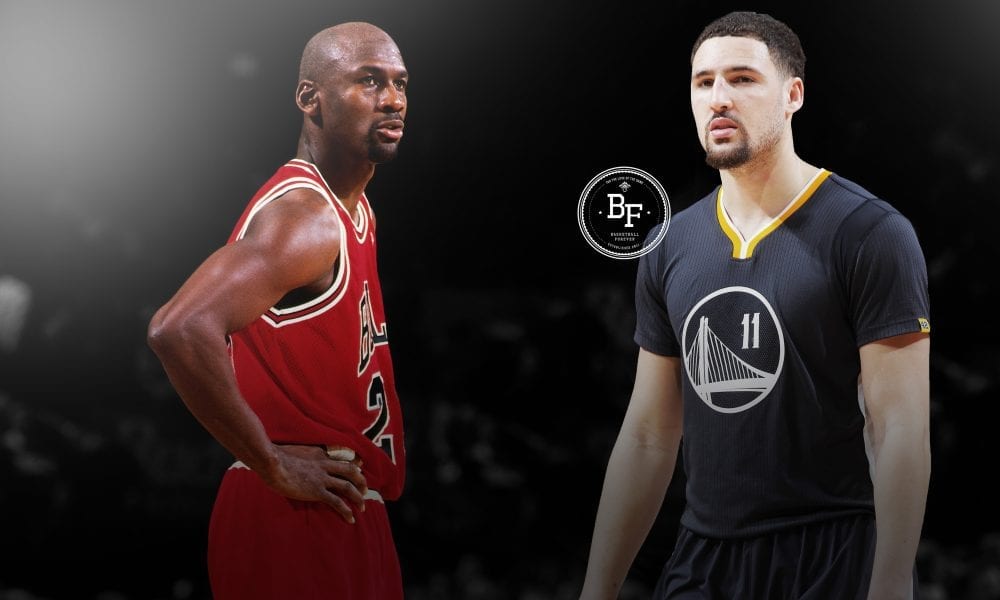 That Chicago team won six titles in eight seasons and Thompson has told ESPN’s Nick Friedell that his Warriors want to be the Bulls of this era.

“What’s that, six championships in eight years? So we’re, what, like only a third of the way there? I think it’s close. We still have a long way to go, but I do see the fandom, the fanfare like the Bulls had in the ’90s.”

The Warriors being close to the Bulls’ level is debatable, having won two championships from three seasons, compared two Chicago’s six straight titles with Jordan in the fold.

But to be fair, Thompson did quickly follow his “close” comment by saying his team still had a way to go.

But Thompson is right when he compares the level of fanfare between the two sides.

The Warriors have reached the point where every road game is an event, a true circus, and the biggest basketball event that each host city has seen all year.

They’re occupying a space in fans’ consciousness strictly reserved for the greatest and most captivating teams of all-time.

Golden State has truly reached the ‘touring rock band’ status that Jordan’s Bulls had in the 90s and LeBron’s Heat had earlier this decade.

They’re still a long way from Chicago’s six championships, but with arguably two of the game’s top five players committed to the cause long-term, they’re a damn good chance to at least give it a good shake.