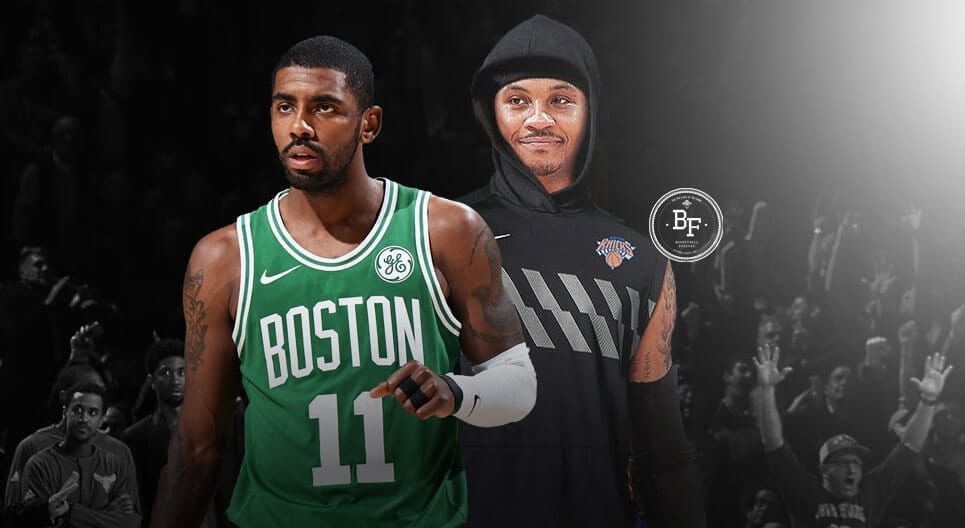 The NBA has already made moves to shake-up its All-Star Game, with team captains to decide the teams by making picks from a pre-determined pool of players.

The big fella would like to see a team of flat-earthers go up against a team of hoodie enthusiasts.

Funny line/suggestion from Enes Kanter on the new All Star format: "One team all-hoodies versus one team that believes the earth is flat."

Anything to spice up the All-Star Game, and this unique format would cause a social media meltdown, the likes of which Donald Trump could only dream of.

Clearly Carmelo Anthony would captain the Hoodie All-Stars and Kyrie Irving would be tasked with recruiting a team of flat-earthers.

From there, the stories of Melo trying to convince players that hoodies are not just a garment, but a lifestyle, and Kyrie attempting to mould the malleable minds of the league’s youngest players would be worth it on its own.

Can you image Kyrie trying to convince one of the greatest minds in the game in Chris Paul – should he actually make the cut – that the earth is flat?

How about Melo telling Russel Westbrook what to wear?