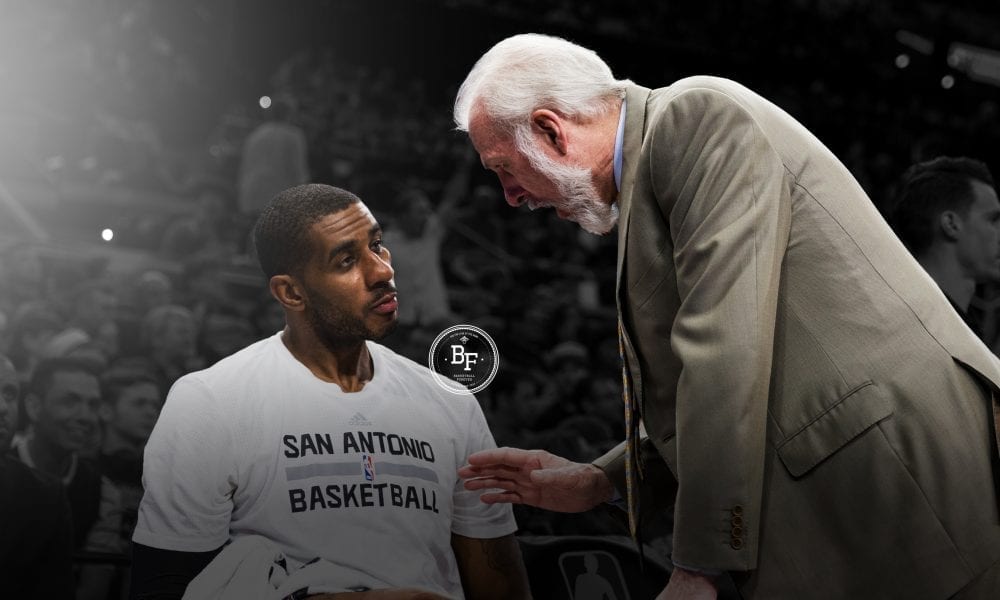 LaMarcus Aldridge has long struggled with adjusting from a life of superstardom in Portland to becoming a mere cog in San Antonio’s famously well-oiled machined.

That frustration finally came to a head when Aldridge bluntly confronted coach Gregg Popovich about the way he has been used on offence, according to ESPN’s Michael C Wright.

The two subsequently had a heart-to-heart which Pop never saw coming.

“I think he was kind of caught off guard,” Aldridge told ESPN. “I don’t think he really had noticed [that I was unhappy]. But once I said it, he was great about listening, and it was good from there. I felt like I wasn’t really fitting into the system as best I could. I wasn’t really helping like I felt I could.”

Despite Popovich’s cold public persona, he was there to listen to his talented power forward.

“This is a guy who played for nine years, I believe, before he came here,” Popovich said. “It takes time to get used to a program that is not just new. But when you have nine years under your belt, doing something different, his concerns are totally legitimate. We have talked about what we can do to make him more comfortable, and to make our team better.”

Confrontation is rarely comfortable, but it’s often productive, and from all reports the meeting between the two was more a heart-to-heart than it was a head-to-head.

Aldridge and Popovich finally discussing the elephant in the room in-depth and getting on the same page will mean nothing but good things for Spurs fans.