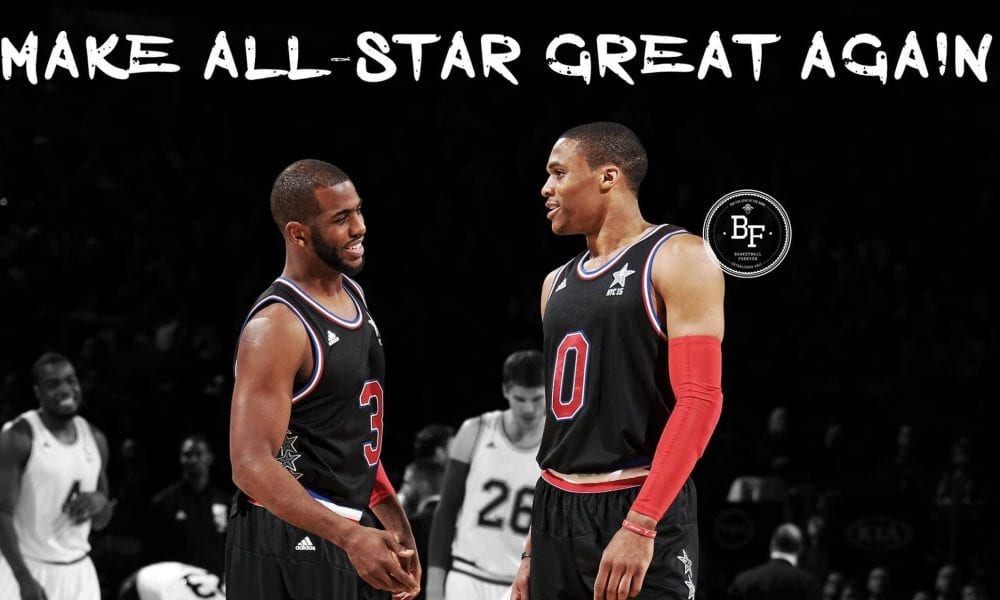 It’s no secret that the NBA All-Star Game has become stale, leaving fans craving a midseason showcase with a little more substance.

Those cries have finally been answered, with the NBA announcing its traditional East vs West format will be scrapped in Los Angeles next year.

Instead, team captains will select the lineups, as if they were playing pickup at the park.

It’s a move which should inject interest back into the game for the players, and by extension the fans, who will have a refreshed on-court product to enjoy, and hopefully a more competitive one.

The NBA is a league filled with more egos than Wall Street, and all it will take for the players to go hard on All Star Sunday is getting picked after someone they think they’re better than.

Bearing in mind, most of these guys think they’re better than everyone.

Adding further intrigue will be the politics surrounding players snubbing their rivals (read: KD and Russ) or choosing their buddies, teammates, former teammates or even guys with the same agent or shoe deal.

In another tantalising twist, the new format also allows teammates to face off against each other (what a shame we didn’t get to see that during the Shaq and Kobe era).

It’s also worth noting there will still be 12 players voted in from each conference.

But the East and West labels will mean nothing once the players start making their picks, and the captains will be the leading vote getters from each conference.

Captains will select from the 10 players voted in as starters first.

The winning team will have a donation made to a charity of their choice!