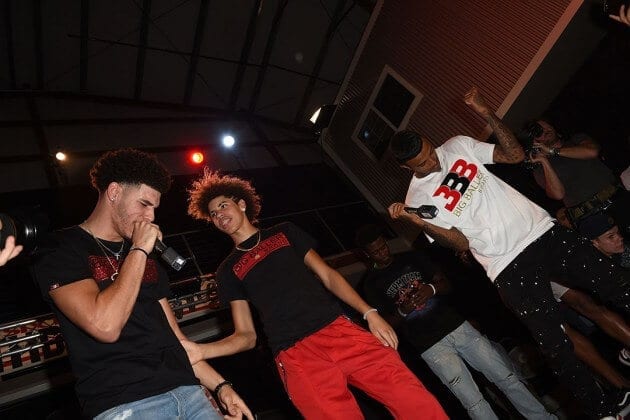 LaMelo Ball is only 16 but things have really taken off for him recently. How many 16 year old players get their own reality show and signature shoe before they’ve even left high school!?  Well if that’s wasn’t already enough, now but his big brother, Lonzo Ball, has dropped a track about him and we don’t really know what to think.

“On the ball, that’s just what it is. I’m a king, lil bro a prince. Throwin’ racks and you throwin’ fits. How you hatin’ and you bangin’ this?”

I mean, it’s not that bad right? He’s got flow, can hold a beat. Are we prepared to overlook how inadvertently corny it is?

Lonzo Ball isn’t the first Laker to dabble with some rap, so maybe it’s all part of being a future LA star.

A few things from my Kobe Bryant collection, including his unreleased album. #MambaDay pic.twitter.com/z1RbVMLETL