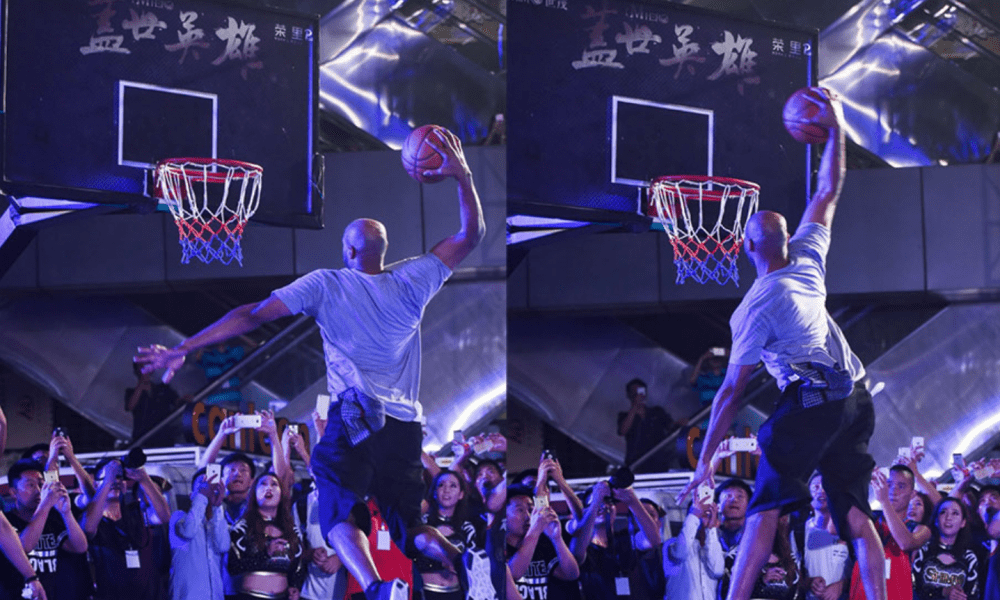 Although Yao Ming’s charity basketball game was thrown into disarray with several NBA teams failing to send stars to Hong Kong as advertised for the event, Vince Carter tried his best to put on a show at the ripe old age of 40!

Every year ticks on by and we still see Vince busting out incredible dunks that players in their 20’s struggle to pull off.