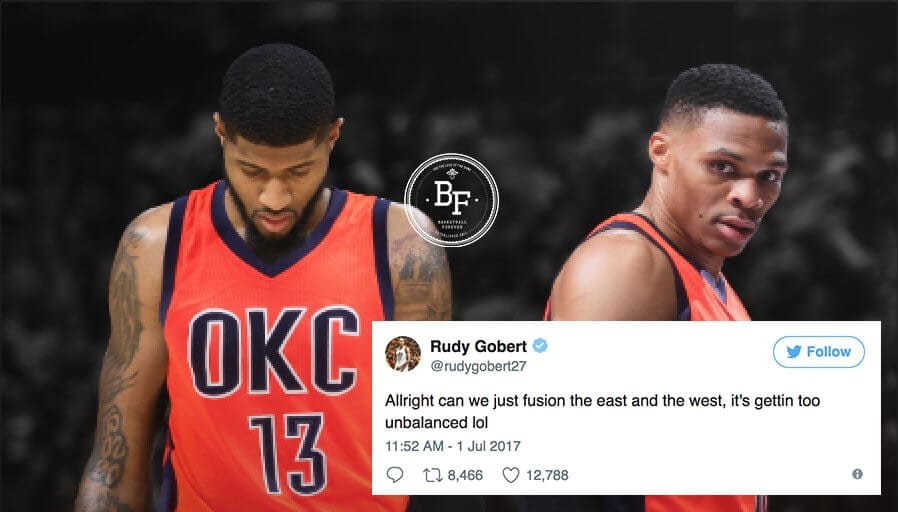 The news has just broken and already twitter is in a frenzy!

Russ and PG13 in OKC! pic.twitter.com/efvL6LOPhe

There was an outpouring of reaction from NBA players:

Allright can we just fusion the east and the west, it's gettin too unbalanced lol

Whoaa this about to get wild real quick #nba

And of course, some of the biggest basketball media personalities chipped in too.

This is some rabbit-out-of-a-hat stuff from Presti. Holy crap.

Very little surprises me after all these years. This is an absolute shocker. Paul George for Oladipo and Sabonis? No disrespect, but…wow.

DANNY AINGE TRADED THE NUMBER ONE PICK AND LET THE THUNDER TRADE ONE STARTER AND ONE ROTATION PLAYER FOR A TOP 15 PLAYER. GO HOME DUDE.

Thanks for the tweets reporting the "theft" of Paul George by @okcthunder.