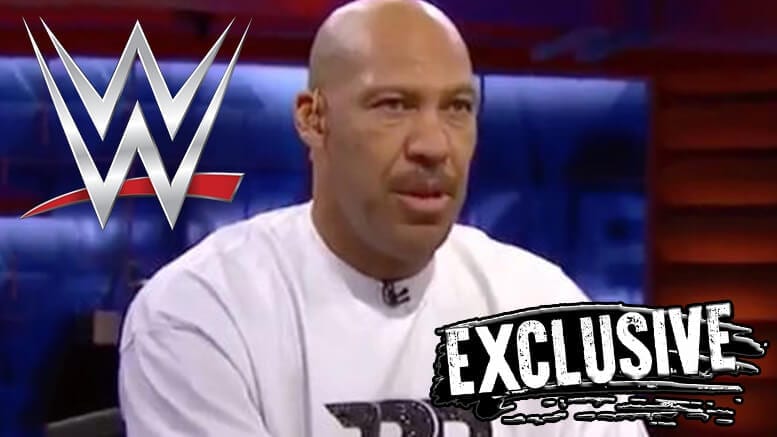 WWE apparently wants Lavar Ball to appear on Monday Night Raw next week in Los Angeles … and it sounds like he was talking about it during a recent livestream.

LaVar Ball has the personality of a WWE superstar at this point, but all he is trying to do is hype up his son Lonzo’s NBA career. Picturing him in the WWE ring just makes too much sense!

According to a report from Pro Wrestling Sheet, the two sides have been in talks to make it happen and things are looking good — however, as is always the case with creative plans, they could change at the drop of a dime.

A keen Reddit user watching Lonzo Ball‘s livestream during the NBA draft overheard what sounds like Lavar discussing the possibility of appearing on Raw shortly before his son was drafted to the Lakers.

It’s hard to make out everything being said in the video below, but Lavar seems interested.

We’ll have to wait until tomorrow to find out if the appearance goes down, but the Titus Brand interacting with the Big Baller Brand would seem to make the most sense.