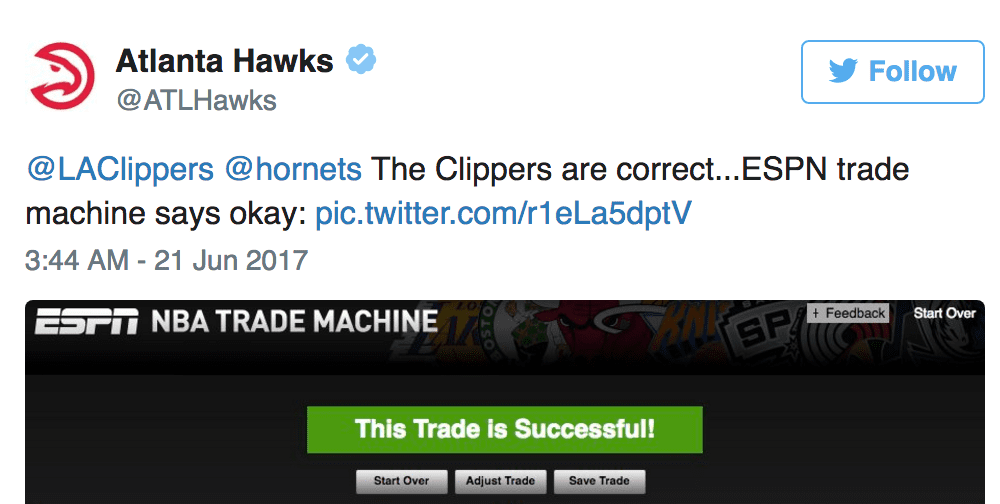 While GM’s are hard at work, team’s social media managers are enjoying the troll-time.

According to our mentions, we should trade for everybody.

This single tweet sparked a swift reaction around the league.

Unlike most of the trade talks we’ve been hearing about, these ones actually resulted in an agreement.

Can't wait to see how the writers grade this trade tomorrow 🤔

We give them an ‘A’ for creativity and a welcomed distraction from all the rumors.

The floor is our mentions pic.twitter.com/zRqvTWujoB