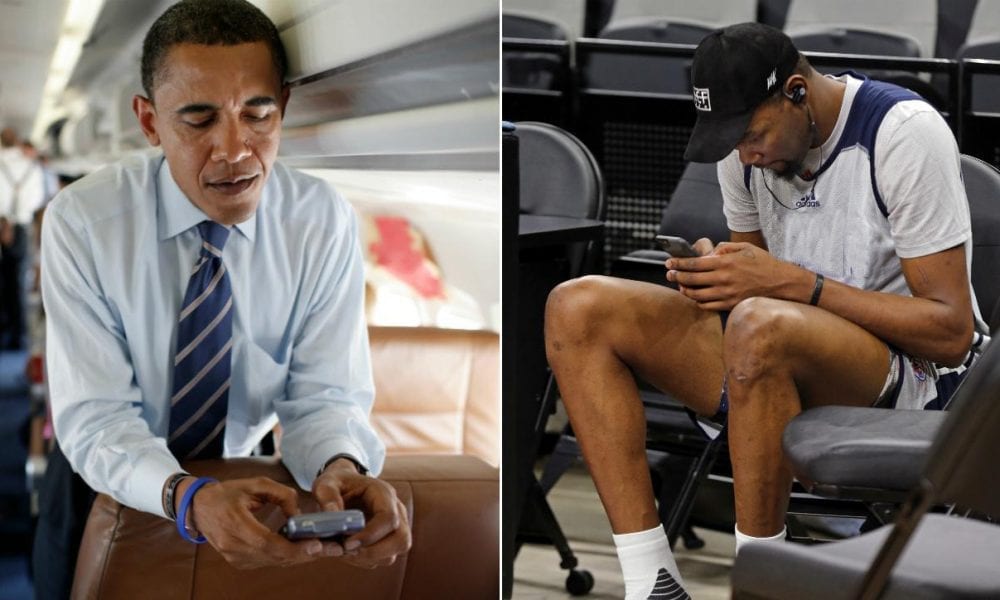 Kevin Durant is now an NBA champion and a Finals MVP. Whilst many people discredit him, it’s pretty hard to argue with the hardware and the numbers.

While well wishes and praise for Durant were surely coming in fast after Game 5, KD received one correspondence that stood out from the rest — a text of congratulations from former President Barack Obama.

Durant recalled the story on a podcast with The Ringer’s Bill Simmons.

Simmons: What was the most surprising text you got in the last 24 hours?

Durant: Well, he sent a text through somebody to get to me.

Durant: ‘Congrats. Your defence was really good,’ which was random. [laughs]

Simmons: KD’s like, ‘My defence has always been good Mr. Former President.’

Durant: [laughs] He told me to enjoy it, have some fun, you know, typical stuff. But I wasn’t expecting that.

It’s not a surprise that Obama, a known basketball fan, would reach out to KD after his big win, but it’s nice to know that he’s keeping in touch with some players after leaving the White House.

Now that it’s been reported that the Warriors might not visit the Trump White House as is tradition for the championship team, this might be as close to the presidency as Durant gets this year.

You can listen to the exchange through the link below, with excerpted conversation starting around the 43:30 mark.