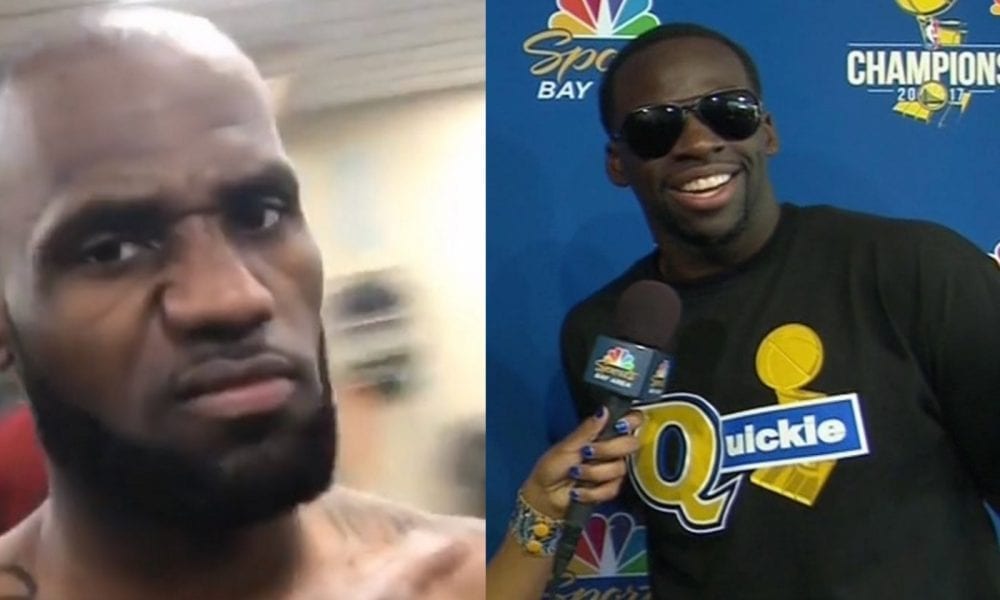 After a command performance at the Golden State Warriors’ first championship parade back in 2015, Draymond Green entered Thursday’s 2017 championship celebration in Oakland with plenty to live up to and a lofty reputation to uphold. His opening salvo in that regard? A very specifically designed T-shirt.

Draymond is so petty 😂 pic.twitter.com/pfjjqQjBNl

Draymond Green made these "Quickie" T-Shirts in Cleveland. 😂 #WarriorsParade pic.twitter.com/wstfcEMps9

Yep, that’s right: the All-NBA power forward and Defensive Player of the Year finalist hit the Bay on Thursday wearing a blue shirt that read “QUICKIE,” with the “Q” bearing an awfully close resemblance to the logo of Quicken Loans — the company owned by Cavs owner Dan Gilbert, and which gives its name to the arena in which the Cavs play their home games.

As petty as this is, it seems LeBron is no better with the clap-back.

It seems there are a couple of Warrior-haters who felt the same way too.

the "liked by" is the funniest thing here tbh pic.twitter.com/QiDfaBuCXZ

Someone very clearly informed Draymond about this, and he responded in kind, complimenting James on his new summertime haircut:

Them dubs finally made him go bald!!! Congrats bro @kingjames