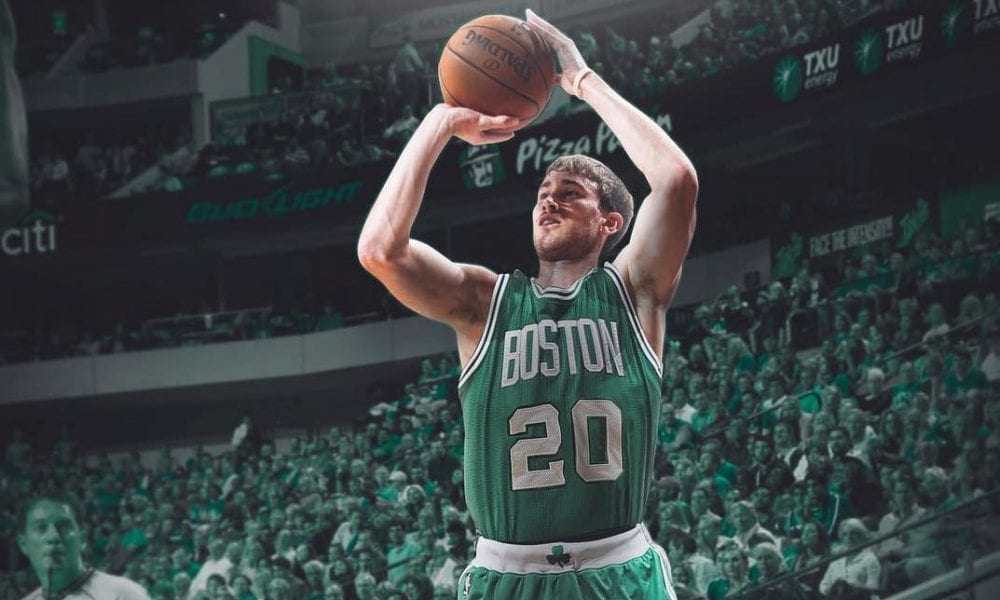 Gordon Hayward rumors have been floating around for a few weeks now, but the Hayward to Celtics one has remained in ether.

We are barely a day into the off-season and it appears Isaiah Thomas is already making moves.

Now that the NBA season is over, everyone will play detective before the free-agent negotiation window opens July 1.

Fans hungry for leads may connect the dots to Hayward’s wife, Robyn, posting a picture of her daughter in a “Go Green” shirt. She deleted the Instagram post, but 1280 Sports’ Angie Treasure saved it first.

Forgive them for they know not what they do to the internet pic.twitter.com/PhPgOrFTfk

Her deleting it probably brought more attention to it than if she’d just kept it up.

It’ll be interesting to see where Gordon ends up.