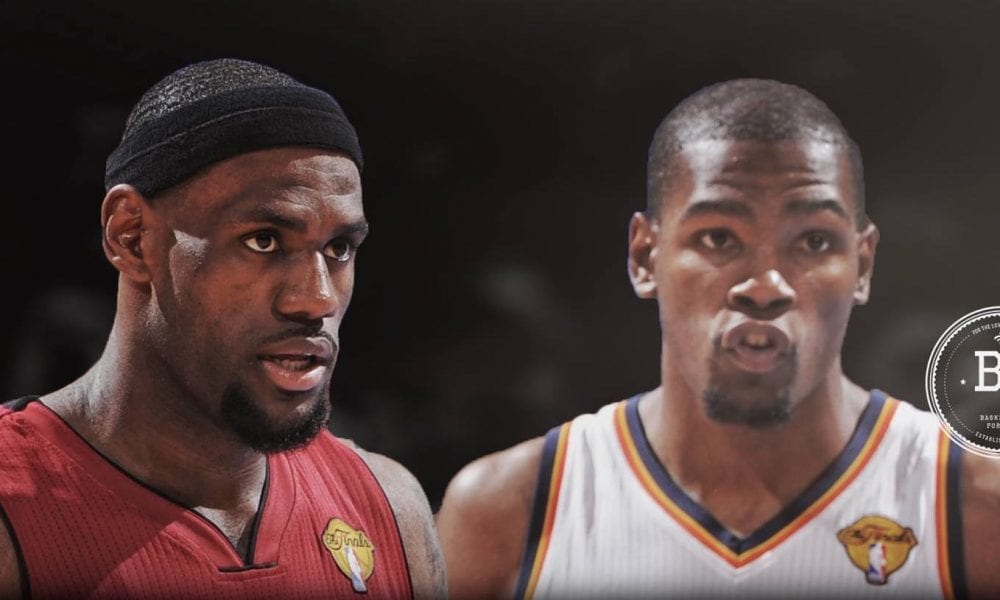 Two days ago it was revealed that LeBron and KD recorded a track together during the 2011 NBA lockout. The song was apparently good enough to be considered for inclusion in Durant’s 2012 film, Thunderstruck.

Haynes’s article made it sound as though the chances we’d ever hear the track are slim, but it looks like LeBron and KD aren’t the only ones with a copy. A Cleveland recording studio tweeted this snippet of the song, promising to release the full thing if it got 1 million retweets.

The clip only includes one line from each guy. (It also seems like the video starts in the middle of KD’s line.)

Durant: “Every hater all the same/I’m feeling like the world is Skip Bayless and I’m LeBron James.”

LeBron: “It ain’t easy, on the path I’m on/But put the world on my back ’cause I’m that strong/Long journey I been on from the very start/No way I die off, with this iron heart.”

Only at 14,000 retweets for the moment but maybe one day several months from now that target is met and we get to hear what could be some fire!