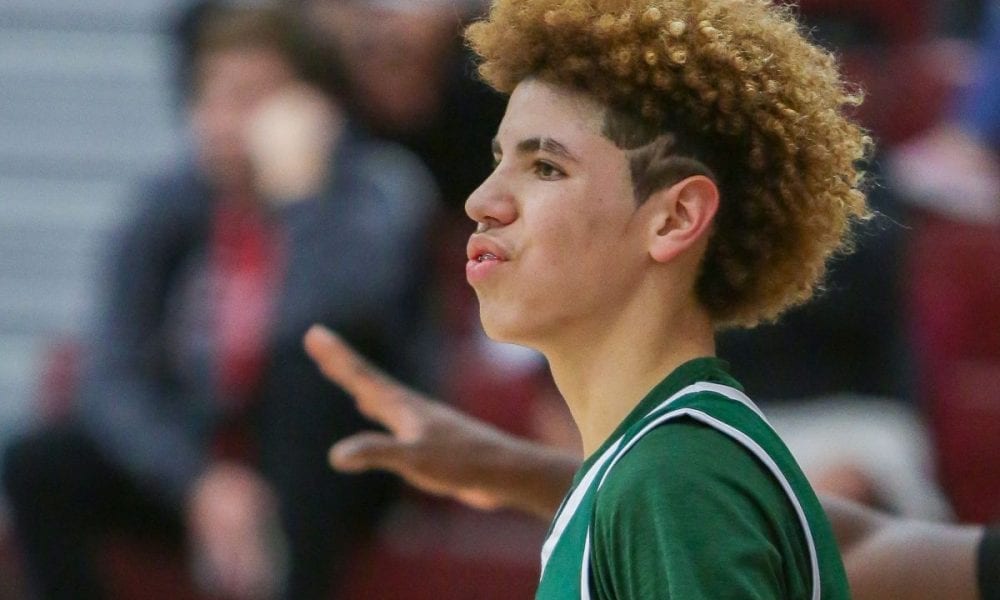 LaMelo Ball, one of the three Ball brothers, has garnered quite a lot of attention. Not just because he dropped 92 points in a high school game, or that his brother is Lonzo, but his father’s Big Baller Brand has brought a lot of unprecedented attention making him a target the moment he steps onto a court.

LaVar Ball saying his three sons are worth $3 billion really doesn’t help…As you can imagine, people are ready to tear him down.

The ‘highlight’ tape of LaMelo has been making its rounds on Twitter and really making people question how good LaMelo really is..

When your 2k MyPlayer is a 55 but shooters shoot pic.twitter.com/Y0naJdDxJM

LaMelo isn’t blessed with the same amount of anonymity as most highschoolers are and unfortunately felt the wrath of the internet pretty quickly.

mY nAmE iS lAmElO bAlL aNd I sCoReD 92 PoInTs In A hIgHsChOoL gAmE aNd I'm GoInG tO UcLA pic.twitter.com/bYNO1M52w0

Lamelo Ball may be the most overrated prospect iv ever seen. Horrible shot iq, can't play defense and makes 0 attempt to play any help

The one that sticks on the rim had me dying

If it wasn’t clear from the video, Ball’s AAU team got absolutely run off the floor during the game, losing by 52 points to their opponent, the Compton Magic. LaVar was spotted giving a halftime speech mocking how boring their performance was.

Whatever happened to “STAY IN YO LANE”

LaVar Ball addresses his AAU team, the Big Ballers, at halftime of a 109-57 loss to the Compton Magic Saturday in Orange, Calif. pic.twitter.com/cQ0bWmfe2b

With the Magic running the score up, LaVar Ball reportedly informed those in attendance of his post-game plans to diffuse the tension. “This ain’t nothing but entertainment,” he said. “You want to know what I’m going to do when I get out of here? I’m going to get a burger, lay down and take a nap.’’

I seriously wonder how this sort of behaviour fro LaVar will shape LaMelo’s future as a ball player. Too much pressure can destroy careers.