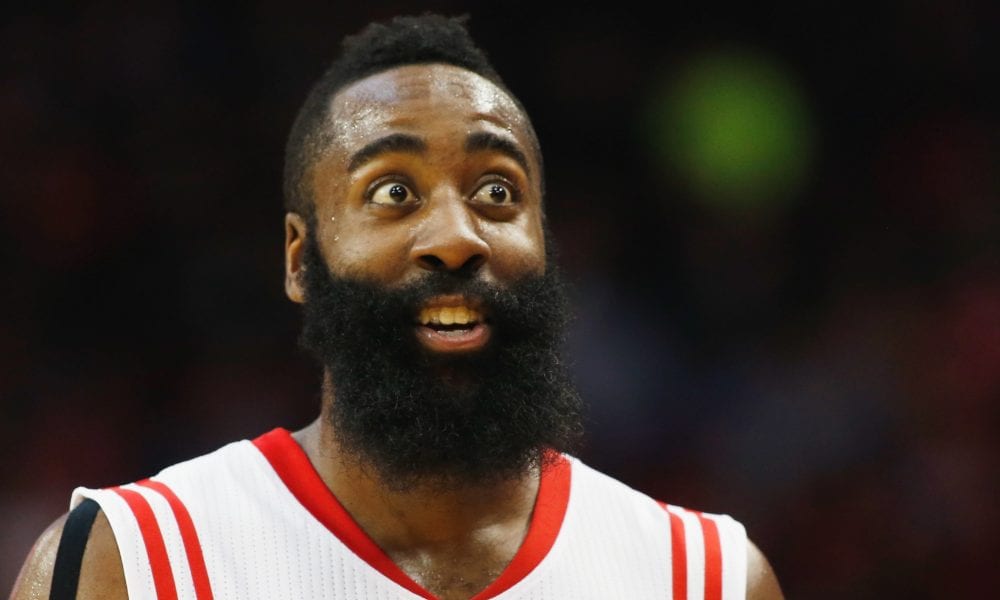 The son of the Hall of Famer and former Rockets center is coming at James Harden and his entourage in full force. In a crazy report, Moses Malone Jr. has filed a lawsuit against James Harden alleging the MVP candidate was responsible for “masterminding” a robbery against Malone.

Malone’s suit alleges that James Harden, in fact, paid the robbers $20,000 to attack him after Harden became disgruntled over Malone’s Facebook post about Harden’s basketball camp.

Moses Malone Jr. (son of bball legend) told me James Harden's "people" robbed him b/c he posted this @JHarden13 pic.twitter.com/8hZmVPr2ai

Four men have already been charged in the case. One of the men charged, Darian Blount, told Malone during the attack that he “disrespected James Harden and that he needs to be punished after that,” according to a criminal complaint.

Malone also filed a suit against the club in August seeking $1 million in damages. ​

A spokesperson for the club disputed Malone Jr.’s account of what happened while speaking with ABC Houston:

“I don’t believe Mr. Harden was at the club, and I definitely don’t believe he had anything to do with an attack on Mr. Malone. And so the club’s position is that Mr. Malone is a regular of the club. We would have done everything we could to make sure he was safe.”