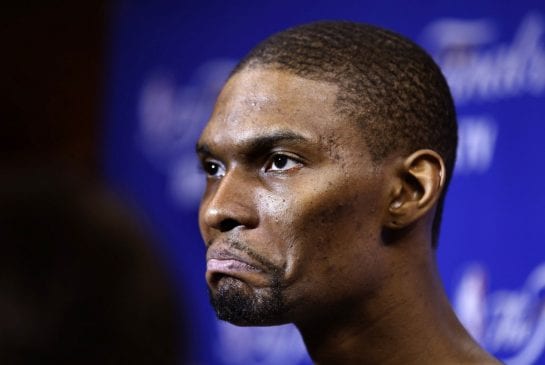 Are you ready for this? This is a headline you probably won’t see anything like for the rest of your life. Miami Heat star Chris Bosh is being sued by a porn-producing couple for allegedly renting them a mansion that was full of mould and rat faeces.

Just let that sink in for one moment.

According to TMZ, Bosh and his wife Adrienne are being taken to court by Colette and Brigham Field, the husband-wife duo behind the porn site X-Art, to the tune of $92,000 and additional unspecified damages. The suit alleges that the Boshes rented the Fields a mansion in the Pacific Palisades, a ritzy Los Angeles neighborhood, back in December 2016 for $138,000. To their disgust, however, the Fields say they found a house full of toxic mold, rat droppings and plumbing problems, and add that they both “had to seek medical assistance for sickness and rashes that they suffered from the time when the mold could be seen and smelled,” according to the lawsuit.

Bosh has barely played over the last two seasons due to chronic issues with blood clots and hasn’t taken the court since Feb. 9, 2016. The 11-time All-Star and two-time NBA champion has been with the Heat since 2010. Neither he nor his wife responded to requests for comments from TMZ.