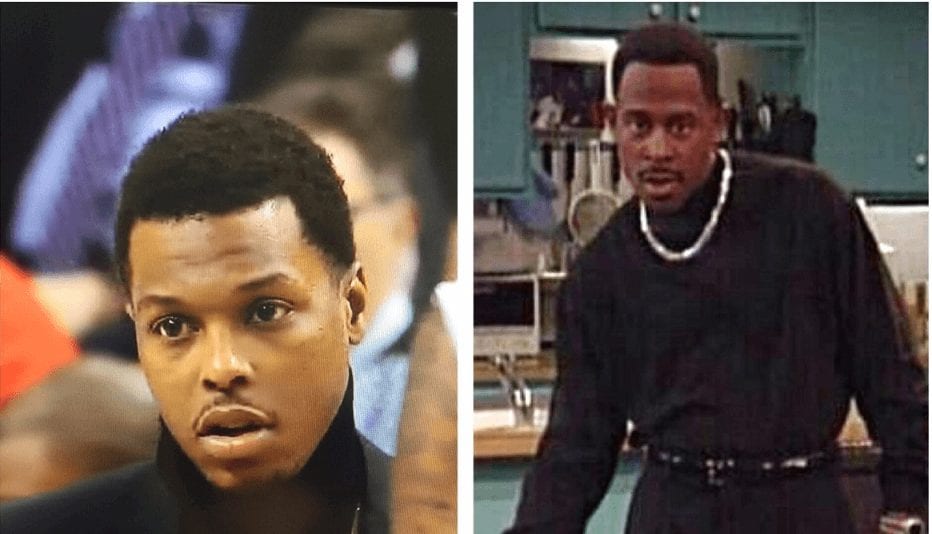 Kyle Lowry had an interesting choice of clothing at the Raptors and Cavs Game 4. Whilst LeBron James and Kyrie Irving took care of business, twitter had other focusses during the game, and that was roasting Lowry.

Kyle Lowry out here looking like he's about to sign a record deal with Deathrow records. #Raptors #Toronto #NBA pic.twitter.com/jy5UDsiSfe

"You mean to tell me, that you let James Bond get away?" pic.twitter.com/wF0z2nsmiR

My dawg @Klow7 look like a step dad meeting the kids for the first time. Great guy.

Kyle Lowry with the latest from Mark Morrison's Return of the Mack collection pic.twitter.com/IfKRcuwFCG

@Klow7 out here dressed like the r&b dude responsible for all of the #deathrowrecords hooks. pic.twitter.com/ENaW9F3npK