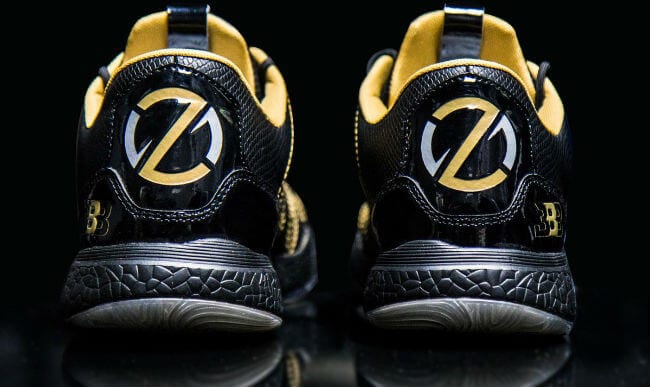 It’s no mystery that Lonzo Ball’s signature shoe wasn’t exactly received well. In a poll conducted by ESPN of over 200,000 people, only 2% said they’d buy the shoe. It has been panned by most people for it’s outrageous price range of $495-$995.

But that isn’t all it’s copping flack for. There have been multiple accusations that the design is strikingly similar to other shoes such as the Kobe 12s and that the logo belongs to Zach Smith who says his Zone 6 logo was in fact the original.

S/O to whoever turned my logo into a sleek gold and white version!! #Robbery @Lavarbigballer pic.twitter.com/2LyAoVyr3v

Zone 6, Smith said, was coined by sophomore receiver Dontre Wilson in the spring. It’s named for the endzone, where the receivers want to pick up six points. Spencer said Smith designed the stickers that the receivers have worn on their shoes all season and started adding to their warmups before the Michigan State game.

Zach wasn’t the only person to notice the similarities as well..

I was just getting ready to post the same thing pic.twitter.com/KXx1u3m0cH

It’s pretty clear that the Big Baller Brand has taken inspiration from a lot of different places and maybe that’s how they justified the crazy price point, but with potential 2% approval rating we don’t know how soon it’ll be before we are seeing anyone wearing them at the courts