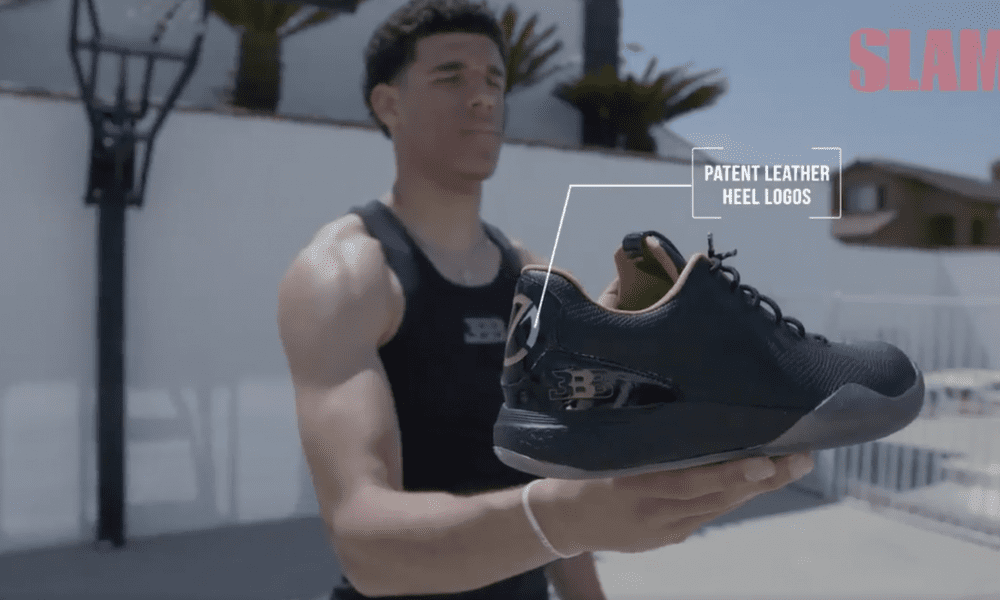 Lonzo Ball‘s first signature sneaker was exclusively launched by Slam magazine after Nike, Adidas and Under Armour were not interested in partnerships with LaVar Ball’s Big Baller Brand.

Independently made by Big Baller Brand.

Big Baller Brand has posted photos of the ZO2 after the SLAM announcement:

According to Slam, the ZO2 Prime will retail for $495 because Big Baller Brand “is aiming for Lonzo’s signature sneaker to tap into a new market—above the athletic performance kicks from the likes of Nike, Jordan, Adidas and Under Armour, but below the high-end designer shoes of Gucci, Prada or Louis Vuitton.”

If this still doesn’t light your fire, then Big Baller Brand has also made a limited-edition Z02 WET that comes personally autographed by Lonzo Ball in a clear acrylic case with white LED lights.

Independence is Beautiful. We are proud to present the ZO2 Wet.
.
.
.
Signed By Lonzo | LED Box Included pic.twitter.com/OnaUCLlLZQ

The collection’s third and final item is a ZO2 signature slide, which retails for $220:

It’s currently rumoured that the the LA Lakers have significant interest in Lonzo and will draft him if they get the number 1 pick.

"It would be a blessing. – Lonzo Ball on playing for the LA Lakers if he gets drafted there.