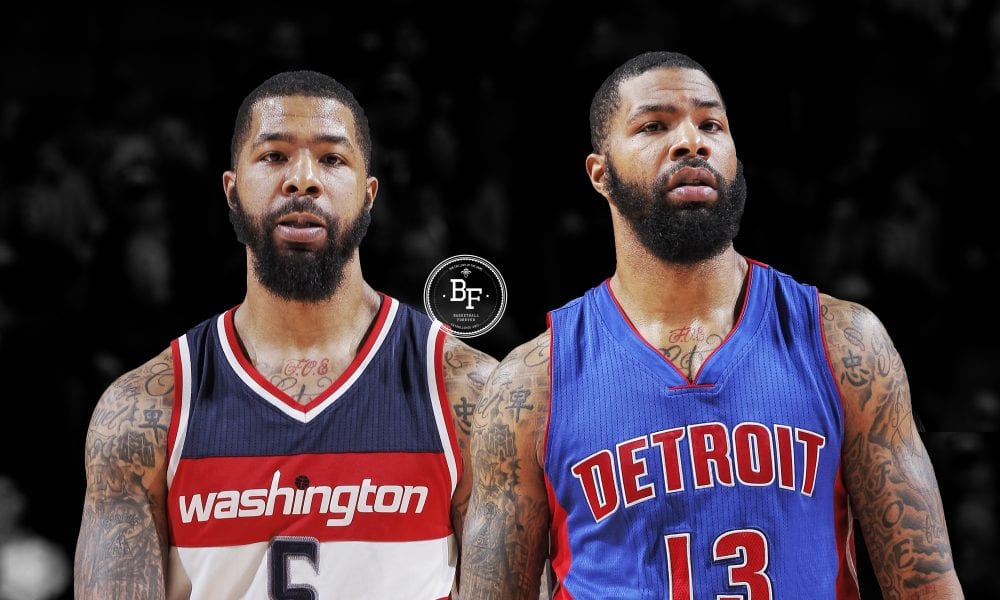 This is the most interesting NBA conspiracy theory you’ll probably ever hear and it’s a once in a lifetime possibility so it’s at least worth the read! We’re currently in the 2nd round of what’s shaping up to be a great NBA Playoffs and a theory involving Marcus and Markieff Morris, who are both twin brothers, is currently taking the internet by storm.

In case you missed it, Markieff Morris suffered an ankle injury in Game 1 of his team’s series against the Boston Celtics.

Come Game 2, he appeared to be just fine and even started for the Wizards.

The question everyone is wondering is how he recovered so quickly? The hot theory right now is that Markieff’s twin brother, Marcus, who’s a forward for the Detroit Pistons, stepped in his place and has suited up for the Wizards.

It’s crazy right? But how unlikely is it knowing that Markieff and Marcus aren’t just identical twins, but they also have identical tattoos.

we really don't talk enough about how Marcus and Markieff Morris have 100% identical tattoos pic.twitter.com/djm48PGkJJ

Didn't realize they had the same damn tats it really could be Marcus playing pic.twitter.com/bGUjH8L6h2

The conspiracy theories about Marcus swapping in for Markieff are cracking me up. pic.twitter.com/9qemMOyt8O

If im Boston im stopping game, going up to "Markieff", and grilling him to name entire Wiz coaching staff on spot

it's the only way to know

Same facial features, tattoos, and almost exact same height give or take an inch. Could this really be one brother stepping in for another to help the Wizards keep up with the Celtics?

Watch the Game 2 tapes back and compare it to what you saw on the court in Game 1 and make the decision for yourself. Either way, this is an insane theory.