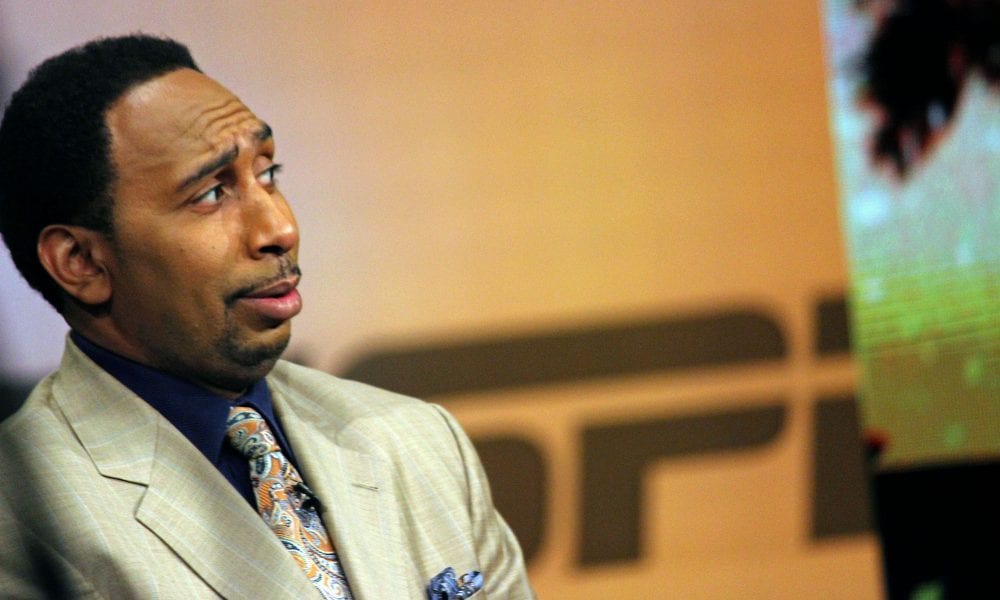 In case you weren’t aware, ESPN have been laying off people left, right and center. In fact, some of it’s most intelligent journalism talent were unfortunately let go this past week.

Thousands of people took to social media to defend those let go and request some replacement firings. Unfortunately for Stephen A. Smith, he copped the brunt of the hate, quickly becoming the primary target for the ‘Why didn’t you fire….’ tweets.

All these talented, insightful people getting laid off by @ESPN, and yet Stephen A. Smith is still employed. pic.twitter.com/RbzvrN6OKF

If all the people ESPN laid off, why does Stephen A Smith still have a job?

Jeff Pearlman, a former Sports Illustrated writer, was one of the people who was upset with ESPN for keeping Smith on board, and he wrote an entire column about it. In his column, which he called “The ESPN carnage,” Pearlman suggested that Smith wasn’t fired “because he’s really good at yelling.” He also said that the fact Smith kept his job is representative of “the decline of good journalism.”

Stephen A. Smith who isn’t usually one to respond to shots from other journalists took only a day to digest the article and come back with a response.

I just saw what @jeffpearlman had to say about me. Can't wait to respond on my radio show in a few

This is what Smith had to say:

“I could sit up here and talk about First Take and its ratings and about how successful it’s been and we are,” he said. “I could sit up here and talk about radio and the radio show and how successful I’ve been. I could talk about a lot of things, but I’m not going to go there. Instead, rhetorically speaking, I’m going to ask Mr. Jeff Pearlman and all the Jeff Pearlmans of the world a simple question: ‘Why are you focusing on me?’ There are people in our business who actually get paid more, who do less and produce less. Why are you not talking about them?”

Smith then ran through his professional resume—he said he worked internships at a number of newspapers in and around North Carolina during his college years at Winston-Salem State University before spending his early years as a journalist working at the New York Daily News and Philadelphia Inquirer, where he became one of just 21 African-American columnists in the country—before asking Pearlman and others to take a look at what he did to get to where he is today before criticising him.

“I came up in this industry at a time where you had to be a journalist,” he said. “You had to break stories. You had to break news to elevate your career, to get to a certain point and a certain level in this business, before you even had the license to give your opinion, especially if you were a black man.”

Smith made sure he let everyone know his credentials could be stacked up against anyone’s in this industry.

“We want to talk credentials?” he asked. “Name the time and place and I’ll show up. Tell me what level I didn’t work on. I worked as an intern. I worked at a high school. I worked at a college newspaper while I was taking 18 credits while on the basketball team. I climbed up this business. I’m an outspoken, loud ass mouth, black man. Who the hell do you think gave me an opportunity? I’m sorry, sir, this was earned, and every damn penny that I earned, that I have been blessed to have received in my career, I have earned.”

“What the Pearlmans and the others of the world want to do is take a loudmouth black person and act like I’m just a loudmouth,” he said. “They want to ignore the credentials. They want to ignore the fact that I worked my way up to this point, that nothing was given to me, that my résumé in the business of sports journalism is comparable to anybody’s. You got people out here in this day and age that call themselves reporters and ain’t broke a damn story in years. I’ve broken more stories in one year than most people in our business have broken in their careers. But we don’t talk about that… We don’t want to talk about that, because when it comes to certain folks that we choose not to like, we want to act like they don’t have credentials.”

And at the end of his radio segment, which lasted for about 10 minutes, Smith circled back to Pearlman and addressed him directly one more time.

“The next time you bring up my name, don’t forget to bring up my résumé, my credentials,” he said. “And more importantly, what the hell I’m doing right now. This is earned, baby. Nothing has been given to me. Can we say that about you? I don’t know the answer to that, but I could make a guess if I wanted to, couldn’t I? Have a nice life.”

Pearlman responded after the segment ended by saying that he hadn’t heard it:

Didn't hear any of it, but to be clear I have 0 prob w @stephenasmith making his case. I made a point, he countered. That's how it goes.

Sounds like a bit of a cop out right?

You can listen to the full response here.