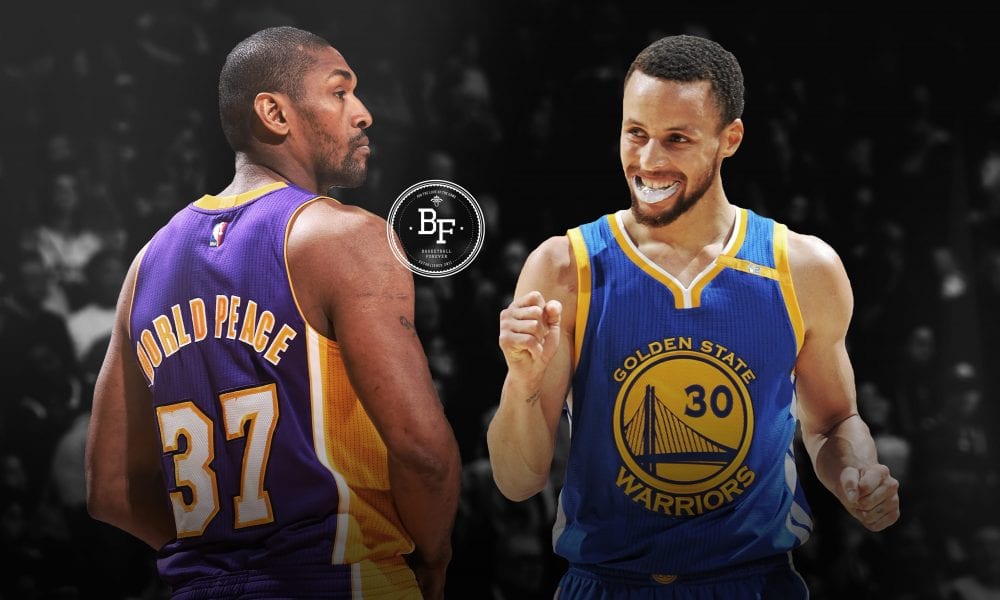 Whether it was dumb luck or some deep insight that the rest of us simply didn’t have, Metta World Peace saw something in Stephen Curry and correctly predicted his greatness.

MWP posted about Curry in 2013, claiming the Warriors star was on track to be a top-10 player in the league and eventually win an MVP.

In true MWP fashion, he wanted to have the last laugh and dug up the old tweets and shared some screenshots of fans roasting him for his opinion.

I think Steve Curry is Top 10 in the NBA.

If he works on his defense , he will be MVP next year.

There is a V in MVP but not in Steph.
So had to come up with a name until he receives a MVP. Steve Curry ladies and gentlemen is up next!!

Seeing as this was before his team’s success, his All-Star appearances or anything in between, Metta World Peace has definitely earned bragging rights for this prediction.