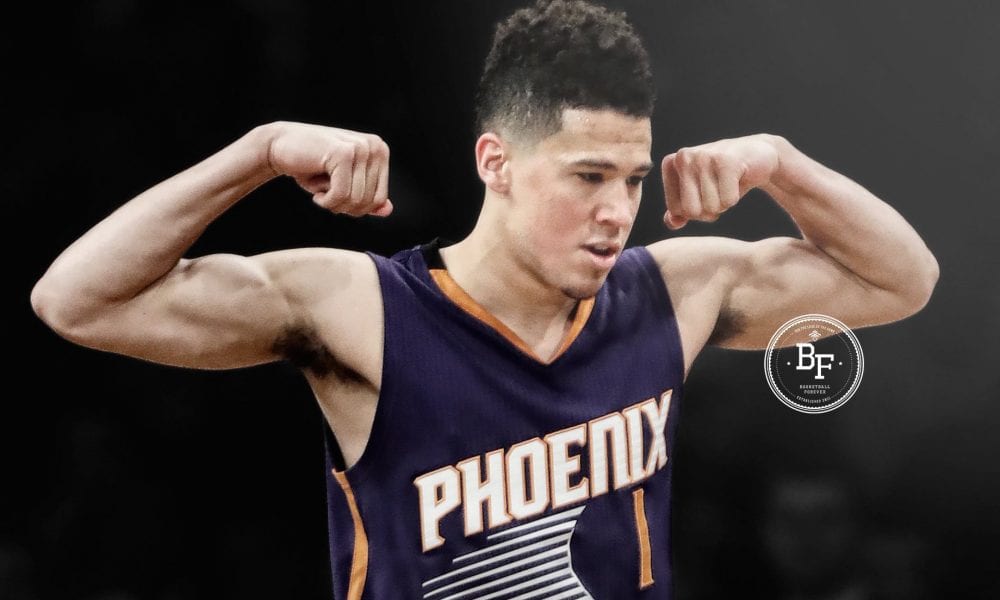 Devin Booker has not only become one of the only players to ever score 70 points in an NBA game, but also the youngest to ever do it as well. No one has seen a performance like this since Kobe Bryant’s 81 point game in 2006.

DEVIN BOOKER WITH 70 POINTS. THIS KID IS LEGIT. 🔥🔥🔥🔥🔥 pic.twitter.com/1MqhLcNyb0

Booker sent the internet into MELTDOWN with his unbelievable display of scoring. It wasn’t just NBA fans he impressed, he also got the attention of his fellow players!

Yo @DevinBook what did you eat today?

@DevinBook Damn. Don't tell me the league is that easy. Congrats on making history. Can't wait to see how your career unfolds.

Last year, Booker said he didn’t think anyone would get to 81 points again.

Will someone ever put up 81 points in a game again? I don't think so.

But Kobe makes sure he pays his respects.

Devin Booker looks a lot like the Mini Mamba… Kobe Bryant and Devin… – Both had fathers that played in the NBA – Both were the youngest players in their Draft class – Both were drafted with the 13th Pick – Both are 6 foot 6 Shooting Guards – Both have had 60+ Point scoring games Kobe was drafted in 1996. Devin Booker was born in 1996. Not only that, Devin Booker signed with Nike Basketball because of his love for the Mamba, and even wears Kobe's on court. And to get even weirder. Exactly 1 year ago, the Phoenix Suns played the LA Lakers and Kobe Bryant signed a pair of his game work Kobe 11's and wrote "Be Legendary" on them. 1 year later, Devin Booker became the youngest player to ever drop 70 points in a game. #MambaMentality #IlluminatiConfirmed