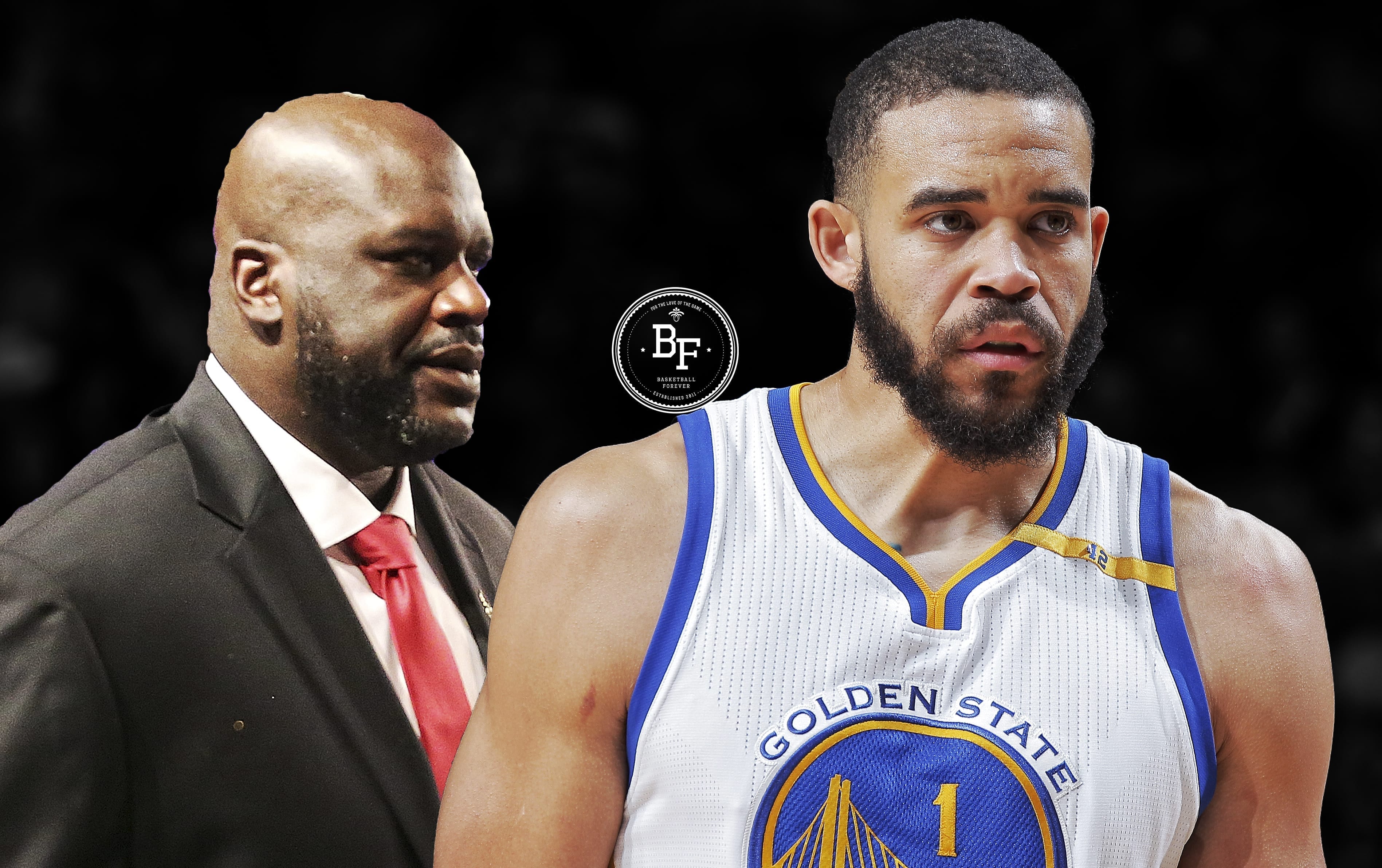 JaVale Mcgree has long been a favourite target of Shaquille O’Neal.

McGee’s highlight-reel mistakes have often overshadowed his on-court contributions, which has resulted in him having the most all-time appearances O’Neal’s blooper reel “Shaqtin’ a Fool”. Winning multiple Shaqtin a Fool MVP’s.

On Thursday, in lieu of O’Neal’s typical countdown of bloopers, TNT aired a “Doctor Strange” parody featuring McGee’s biggest bloopers throughout his career.

McGee did not take kindly to the video. After the Warriors beat the Los Angeles Clippers 123-113 on Thursday, McGee took to Twitter with a colourful and explicit message for O’Neal.

O’Neal did not like McGee’s response to the video, so he decided to respond, threatening to fight McGee.

McGee then called O’Neal out for the threat. According to Yahoo’s Dan Devine, McGee was also making a reference to a past criticism of O’Neal’s “Shaqtin’ a Fool”:

“We remind you that McGee has, on separate occasions, referred to Shaq’s signature segment as “Shaqtin’ a Coon” and compared O’Neal to a minstrel, the comedic performers of the 19th century who performed in blackface and lampooned black people as lazy buffoons.”

But McGee stood his ground:

O’Neal had one more retort:

From there, the barbs concluded.

It’s a bit of an ugly result from a segment that’s supposed to be funny. McGee, rightfully, has gotten tired of being the butt of the joke, though O’Neal is well within his range to laugh at a player who has frequently found himself on the blooper reels.

It may not be surprising if the NBA steps in here, as it’s not a great look for a prominent NBA voice and a player on the NBA’s best team to be exchanging threats.

@SHAQ get my 🥜's out of your mouth! And EAD! #thatisall

Last thing: think about this…. h3 woke up and I was the 1st thing on his mind when he made that video…THAT AINT WIERD TO YALL?

Maybe he's in love with me…. maybe I should be flattered? IDK GUYS!! pic.twitter.com/Buqyqc2PBb

Oh we threatening people now? Kick rocks you old bastard… you ain't gone do sh** !!! And that's on my mama… stick to cooning! https://t.co/ZFuGREc1WJ

Forget being on a good team… Ima grown man… you've had these 🥜's in yo mouth for 5-6 years now… u thought I was just gone stay silent? https://t.co/3gTpTgVgmU