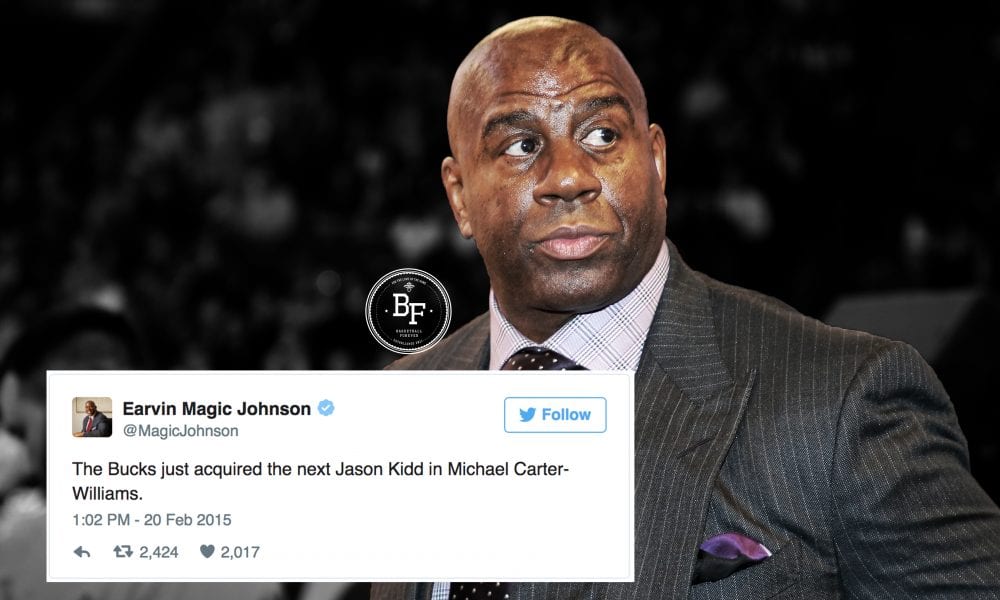 Jim Buss and Mitch Kupchak have been fired by the Lakers as Magic Johnson has been named President of Basketball Operations for LA.

Today, the LA Lakers announced that Magic Johnson was their new President of Basketball Operations. This was a major shakeup for the Lakers after years of having been brought intro disrepute by Jim and Mitch. Whilst the move was bold,  Twitter once again reminded the basketball community that it still has absolutely no chill. Fans began furiously digging up a number of Magic’s old tweets. 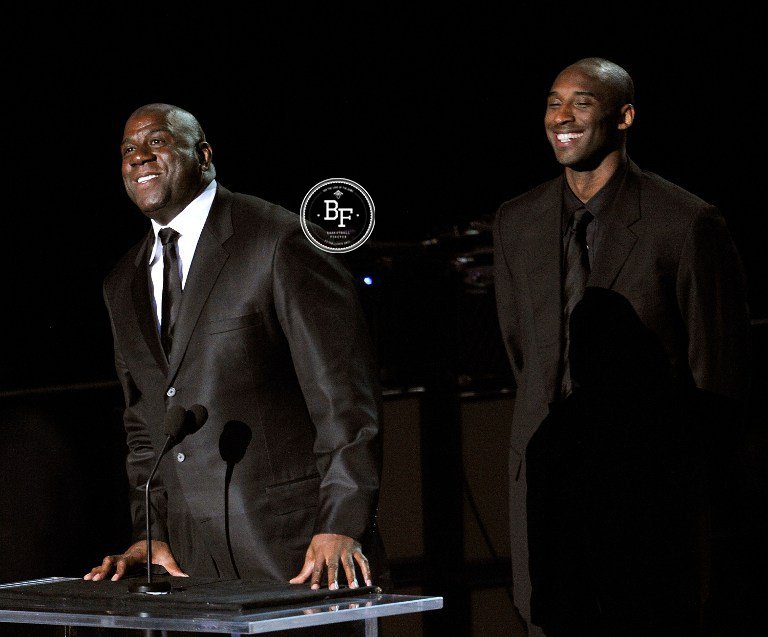 If you follow Magic on Twitter or Facebook and are aware of his commentary history you’ll know he’s known for being overly optimistic about a lot of players and moves by organizations. This can be uplifting and positive at times.

If the Bulls are going to win a championship they will need Jimmy Butler and Bulls management should sign him to an extension.

In fact, he’s almost too complimentary of players. With Magic now in charge, these tweets are even more hilarious than they were before. It’s unclear how Magic will do running the Lakers, but we can only hope it’s a bit better than some of his old tweets.

For all of you out there questioning Jimmer Fredette of BYU, he is the real deal. #MenCare

I'm impressed w/ the Chicago Bulls starting Rondo, Butler, Wade & MCW off the bench they have the 3rd best group of guards in the league…

Try not to cringe.

I love Okafor because he's won a state championship in HS, NCAA Title at Duke and he can bring that championship pedigree to the Lakers.

This is technically true..

The only way San Antonio or Miami don't win the championship is if neither team makes the finals.

It’s over ladies and gentlemen

The Bucks just acquired the next Jason Kidd in Michael Carter-Williams.

Magic Johnson is easily one of the greatest sports personalities that there is, and whilst the Lakers were in desperate need of change a lot of these tweets has the world wondering whether Magic Johnson is the man to get it done… 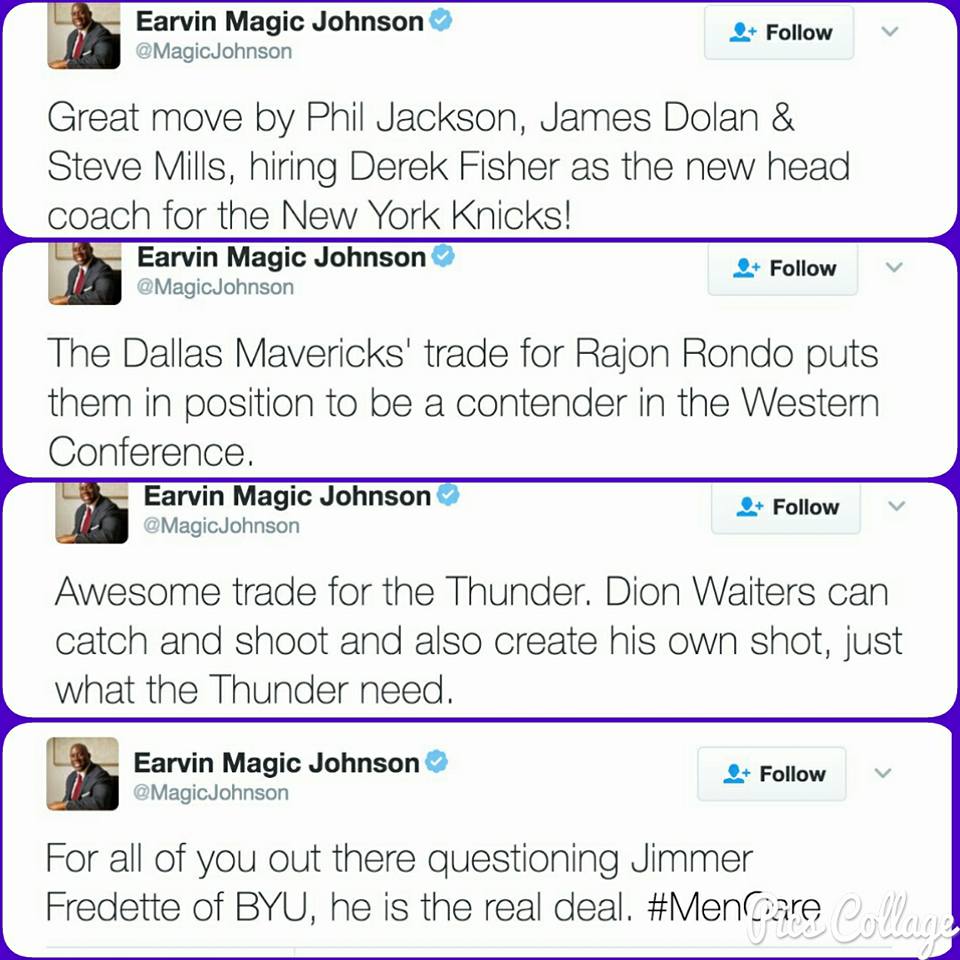