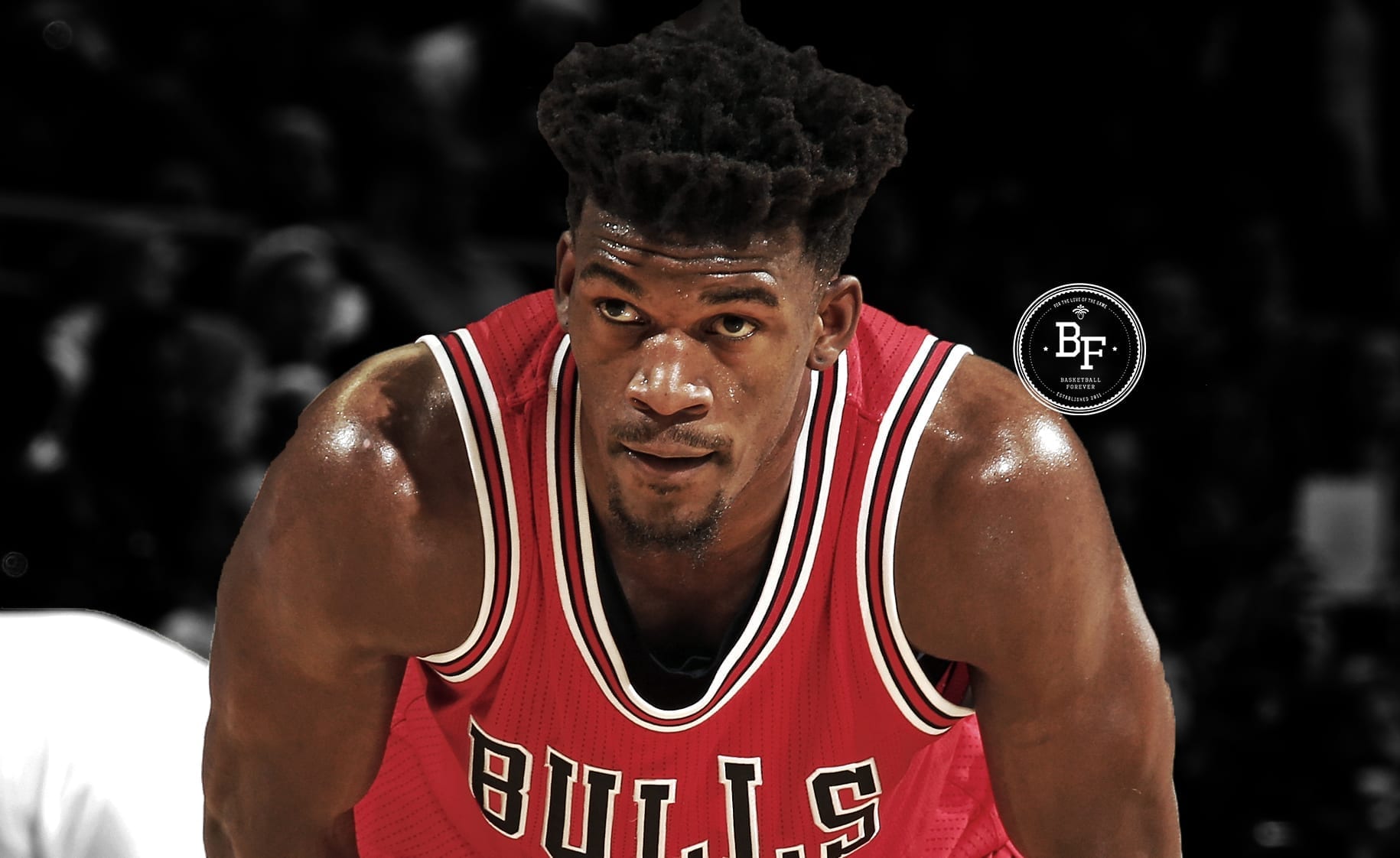 Ryen Russillo made a guest appearance on Mike and Mike on ESPN and gave a very revealing explanation as to why the Bulls Front Office are at odds with Jimmy Butler and why there have been trade rumors floating around for so long. 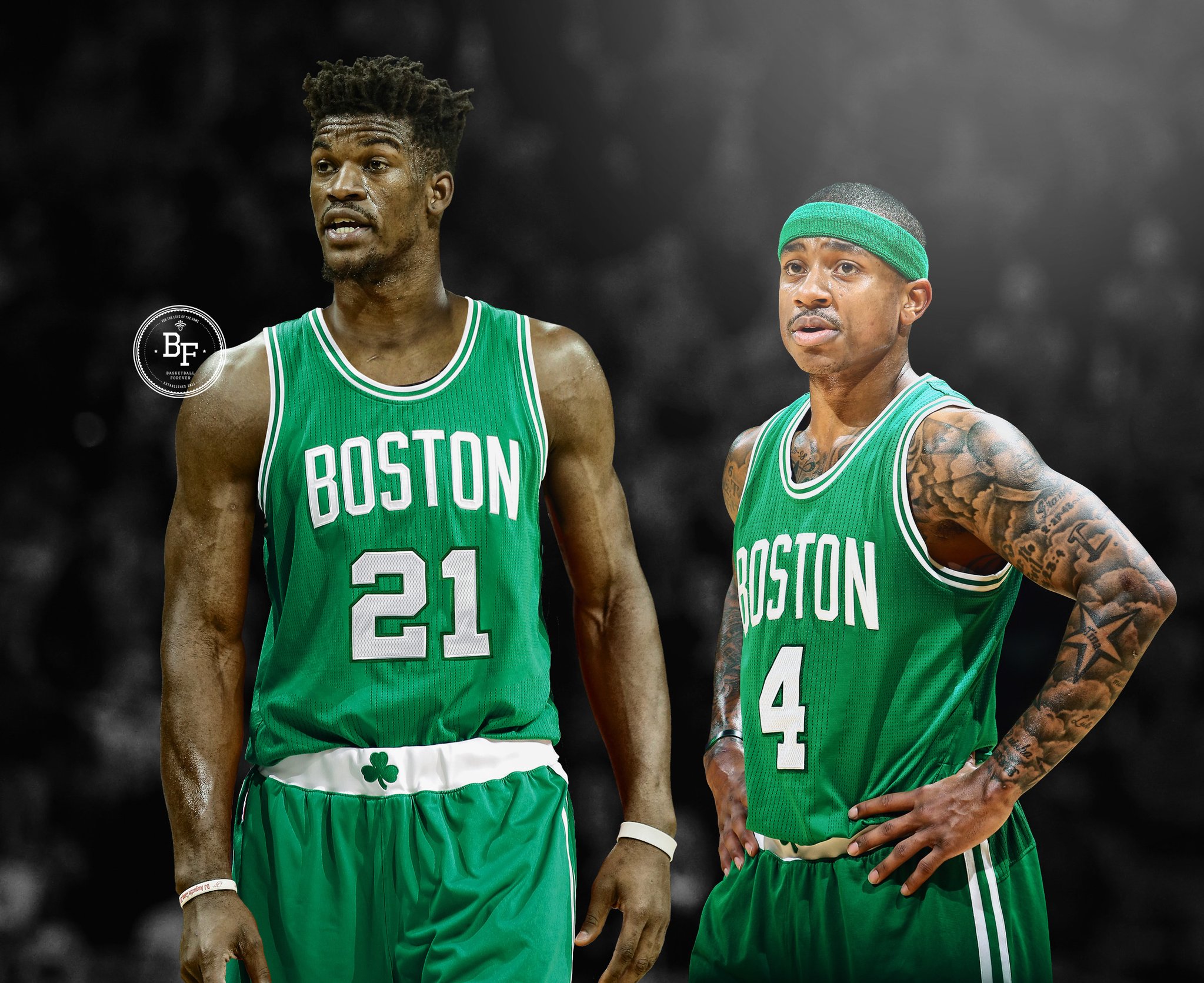 The story starts back before Jimmy was a restricted free agent after his 3rd year.  He was averaging 13 ppg and the Bulls FO offered him a 4 yr/$44 million extension to which Jimmy declined.

The Bulls FO then told him that they’d start Tony Snell over him and give Snell Jimmy’s minutes and give Jimmy the minutes Snell got off the bench to hurt his numbers and decrease his value in the upcoming free agency.

Tom Thibodeau caught wind of this and ensured the plan never came to fruition. Instead he started Jimmy and watched him sky rocket to a 20ppg average and get cashed out. This is the reason why Jimmy and Thibs have always been so close.  Thibodeau looked out for Butler and this was supposedly one of the reasons why Thibs and the FO had issues that ultimately led to his departure.

Fast forward to now, Jimmy has a inherent distrust of the Bulls FO and also distrusts Fred Hoiberg because Jimmy sees Fred as an extension of the FO.

When Dwyane Wade tried to revive his career in Chicago after leaving the Miami Heat, Jimmy informed Wade everything that had happened and Wade sympathized with him after dealing with similar mistrust issues with Pat Riley. It is because of this that Butler and Wade have grown close and have even isolated themselves from the rest of the team to a certain degree.

Members of the media asked Butler asked about the entire situation after the shootaround in Oklahoma City, and he seemed to be unwilling to provide too much clarity.

“I’ll tell it to you like this,’’ Butler said. “That shit happened so long ago I didn’t think it was a matter of anything. We went into contract negotiations. I said I would hoop and play the year out. I did that, had a decent little year. We won’t go into detail about what was said, what wasn’t said, it’s not anybody’s business. We got a deal done, I thought it was a fair deal. That’s that.

“But for anybody to say this or say that … I don’t know. To tell you the truth, I don’t remember what went on. My agent was in there handling the majority of it. And then, my main thing was to just worry about basketball so I can’t tell you what was said or what wasn’t. One, because it was so long ago, and two because it ain’t y’all business anyways.’’

But Butler’s relationship with the front office has certainly been tested.

Forget the contract stuff. The Sun-Times reported last May that Butler was irate in the wake of the stories that were leaking out that last offseason claiming he had turned into a “diva,’’ and felt they came from the front office.

For far too long, Butler felt that Forman was a guy that “only shows loyalty to the top of the pyramid,’’ a source said then.

Butler addressed it with the Sun-Times in October, saying, “Am I a diva? I don’t call it that. My will to win rubs people the wrong way sometimes. I can blame it on that, but won’t apologize for it. Never will.’’

Butler, as well as several other Bulls players, have also had issues with the “spying’’ that goes on in the locker room, with Butler warning new players that if they didn’t want Forman to hear criticism, don’t talk in front of certain assistant coaches like Randy Brown.

The belief is that the Bulls love to gather as much ammunition as they can on players, so they can win the press conference when the break-up comes, whether it’s a trade or free agency.

There is strong possibility that the Bulls feel as though Butler simply knows too much and poisons team morale with all this extra baggage and he could face the same fate as Deng, Noah and Rose.

When you think of a dysfunctional organization, the Chicago Bulls are without a doubt at the top of the list right now.