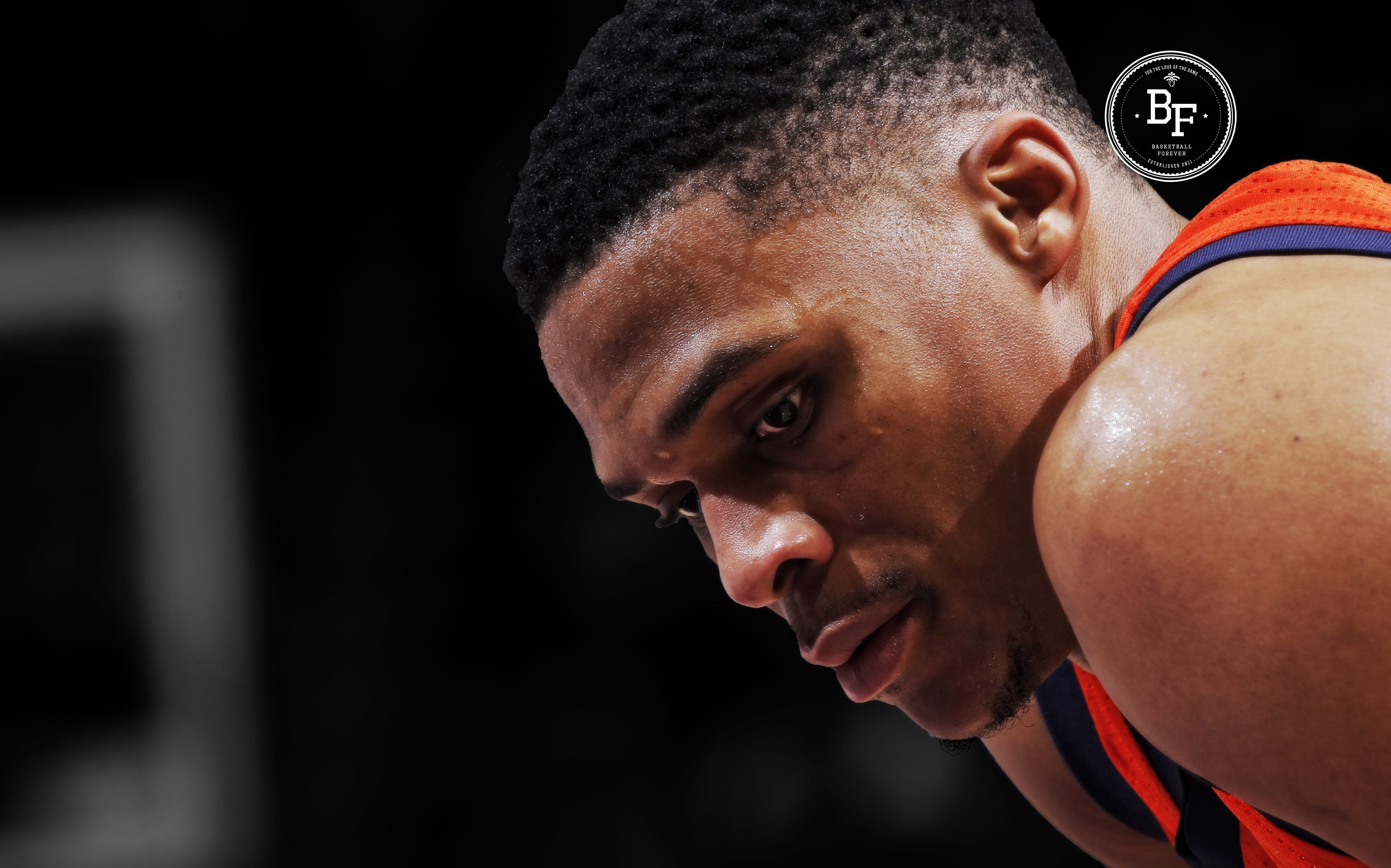 Russell Westbrook has been having a season for the ages. He’s been able to put the Thunder in playoff contention and has been averaging a triple double through the first 48 games of the season. He has already over taken LeBron James and Larry Bird for triple doubles all-time and even looks like he could catch Wilt Chamberlain’s career triple double total…catching Wilt in ANYTHING is an achievement worth mentioning.

If Westbrook is able to maintain this output, he will be the first player in NBA history since Oscar Robertson to average a triple double for an entire season!

It’s easy to use the ‘triple double’ argument but the perceived value of a TD has dramatically increased over the past 3 seasons.

Oscar Robertson averaged a Triple Double for an entire season and never won an MVP. He himself acknowledges that had he have known triple doubles were going to be considered such a big deal in the future he would have done it his whole career.

Is a triple double impressive? It certainly is…but is it overvalued by fans? Definitely. Especially when 10 assists isn’t always that impressive if you’re also committing 10 turnovers, or scoring 50 points on 38% from the field means that those 50 points could have easily been 60 or 70 between the whole team with a pass-first mentality. 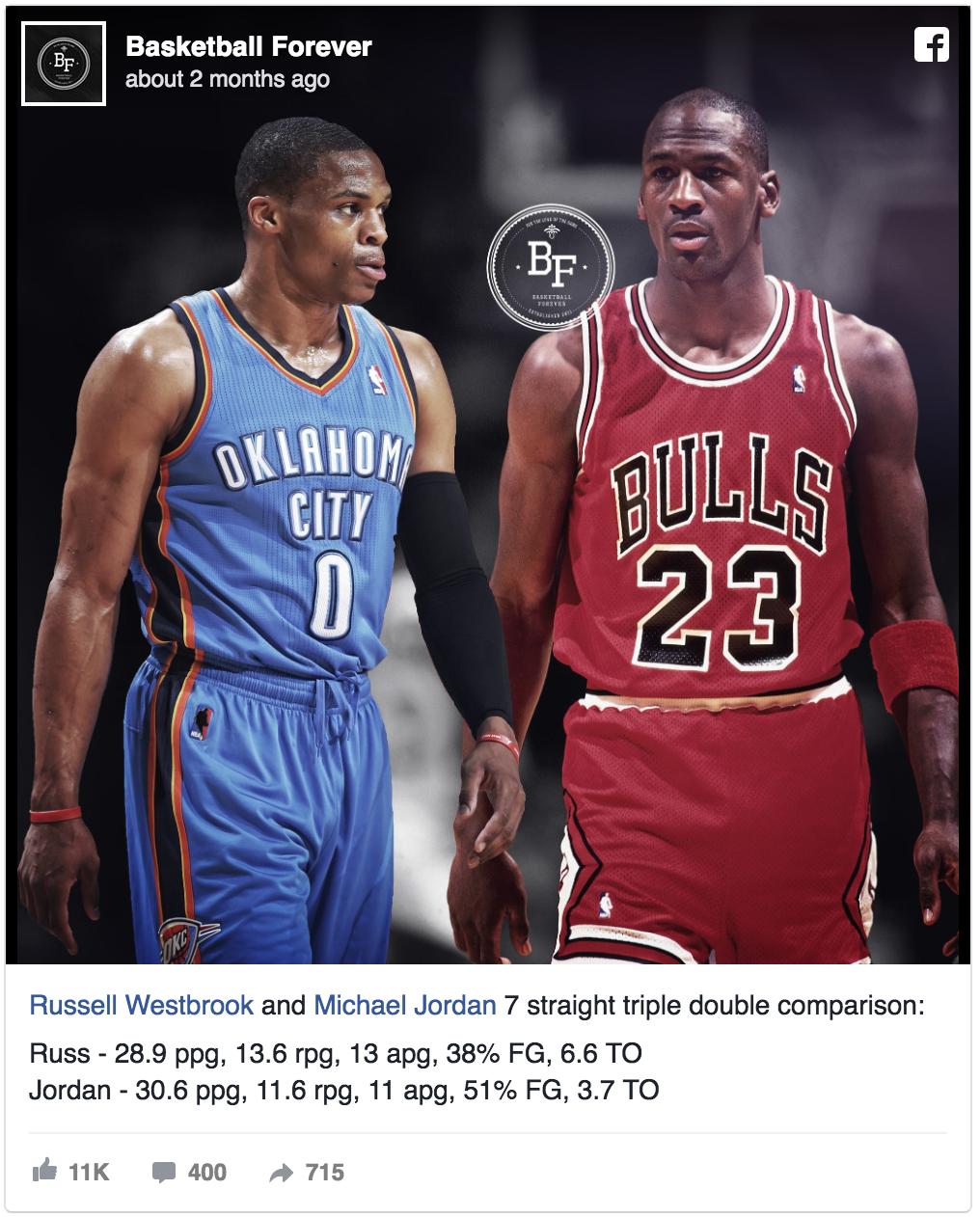 Russell Westbrook’s body of work so far is without a doubt historic and it’s difficult to distinguish between that of, say, James Harden in the aggregate so the broader and more important question is:

Who’s likelier to win the hearts of the fans and the minds of the media, and how does one do that?

Westbrook is perplexing as a crunch-time performer. He leads the NBA in total clutch points and in addition, he’s also a league-best plus-63 points in those situations. However, he’s not the efficient late-game scorer some desire, nor is he likely to surrender the ball when the game is on the line.

Despite the flaws, his play is a significant factor in Oklahoma City’s respectable 15-10 record in clutch-situation games. “I just like to win,” Westbrook said earlier this season. “My job is to come out and do whatever it takes to win, and that’s what I try to do every night.” 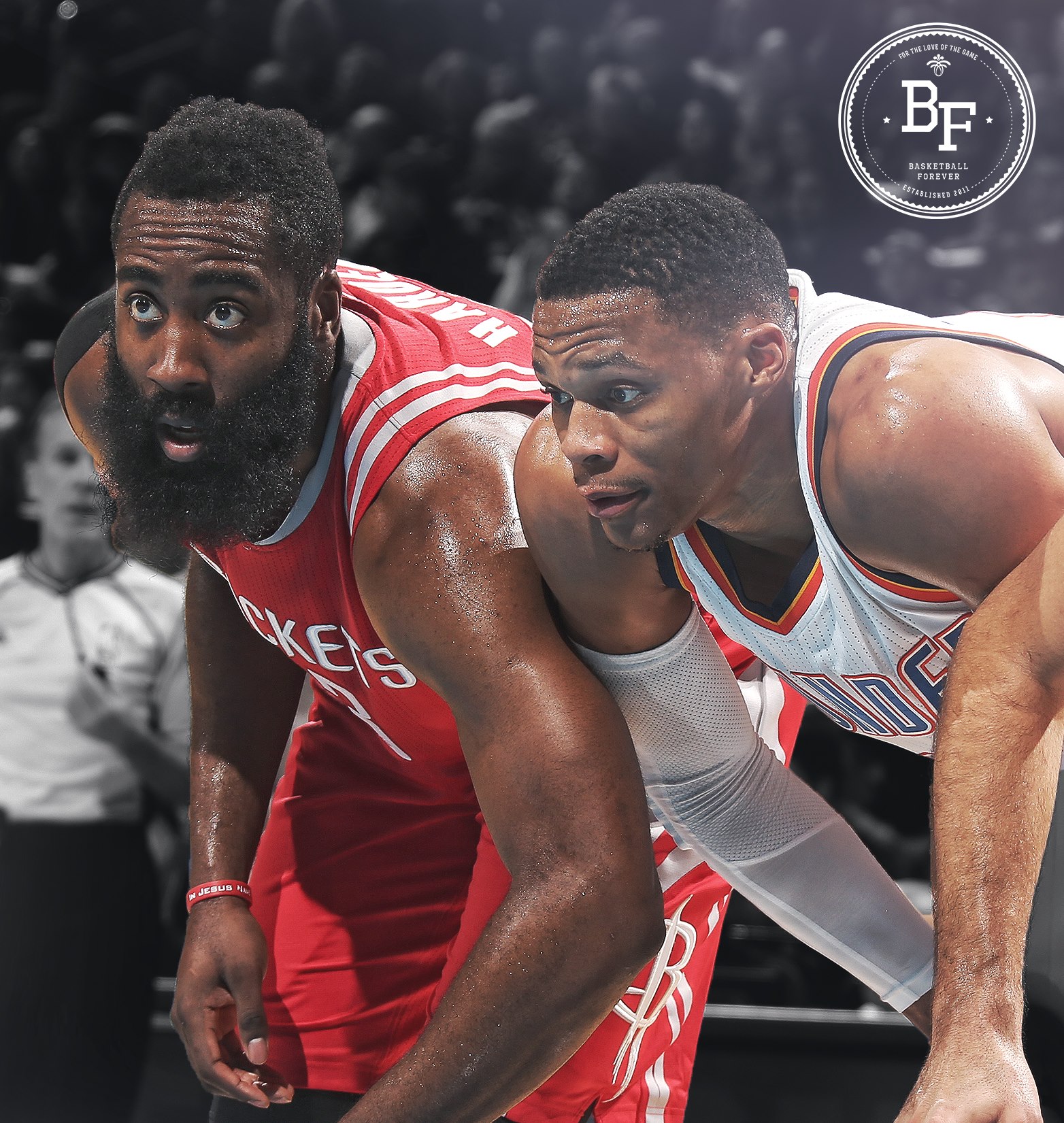 Westbrook is also dominating the record in usage rate. This stat measures the number of plays that end with a player shooting the ball, turning it over or getting to the free-throw line.

Westbrook’s regular-season usage rate is 41.4 percent, by far the highest in NBA history. That number skyrockets to a historic 60.9 percent in clutch time. A whopping 93.9 percent of his made field goals are unassisted. When games get down to the wire, nothing on this earth can separate Westbrook from the ball.

Fans and media absolutely love this just so long as it’s working and the team is winning games. While ever that criteria isn’t being met you can expect to be crucified in a dozen different ways.

Although the MVP discussion is much more complex and nuanced than who has the best stats late in close games, Harden currently has an advantage as the Rockets rack up wins and climb in the standings. Unfortunately, history shows that triple-doubles alone won’t win Westbrook the award.

Making big plays when games get tight might give him a small advantage at season’s end.

Wins matter, and the Thunder is only just in playoff contention.

A sub-50-win team hasn’t had the MVP since 1982. That’s a fact. More subjectively, the award also trends towards players who make their teams into at least borderline championship contenders by increasing their individual level of play. Two exceptions are Allen Iverson in 2001 and Derrick Rose in 2011, whose teams were carried by their defense more than their offense, but it still remains that the MVP usually goes to the best individual player on a team at or near the top of the league.

In 1962, Wilt Chamberlain averaged 50.4 points and 25.7 rebounds per game. Both led the league. He scored 100 points in one game. In the same year, Oscar Robertson averaged 31-12-11. Neither of them won the league’s MVP award, and it wasn’t really close.

Kobe Bryant had one of the best scoring seasons of all time in 2006. He averaged 35 points, 5 rebounds, and 4.5 assists, and scored 81 against the Raptors. He led an absolutely hopeless roster to the playoffs. He didn’t win MVP. He wasn’t even Top 3 in voting.

The common theme is that less statistically spectacular players can and often do get the nod over players having historic individual seasons. The voters reward winning and playing at a high individual level, not one or the other, and they always have.

The MVP historically has made their team better than they were, and this can’t be said for Westbrook and the current OKC team.

The Thunder are far worse than they were last year. That’s not directly Westbrook’s fault, obviously, but there has never been an NBA MVP whose team dropped off as drastically as the Thunder have this season. Usually, if anything, players are rewarded for making their team better than the previous season. 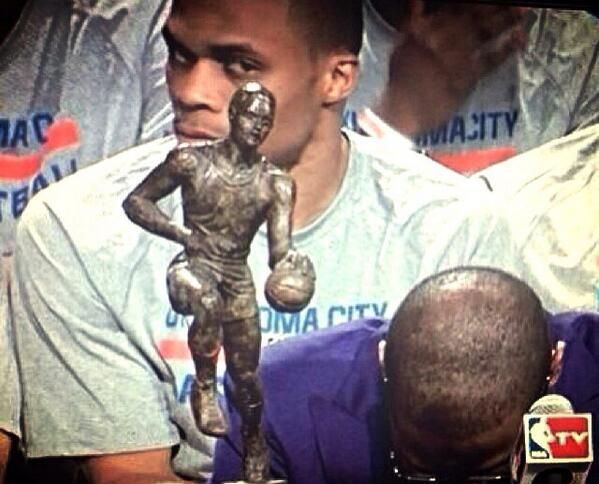 The reality of the situation is that if Russell Westbrook manages to collect an MVP trophy as his hardware for this NBA season it’ll be an anomaly when compared to pretty much every other season the award has existed. The argument can easily be made that the selection process does make the award itself is arbitrary and therefore within reach if the NBA and the media decide the story is good enough. But we’ll just have to wait and see…