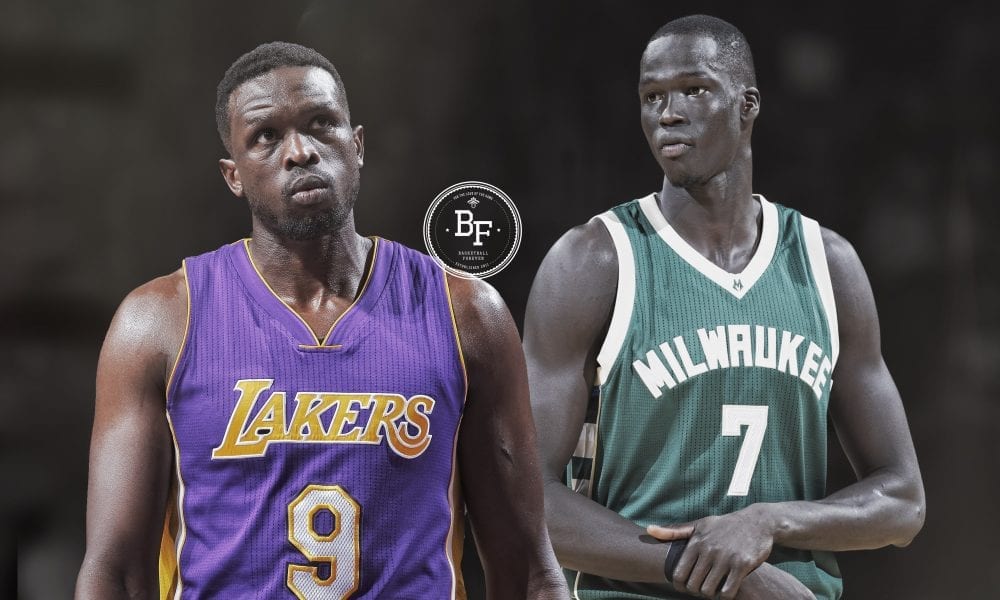 Two NBA athletes, Lakers small forward Luol Deng, and Bucks rookie Thon Maker have found themselves at the center of Donald Trump’s immigration ban, both having been born in Sudan.

Maker is a dual-citizen of Australia, whilst Deng is a British citizen. Both were born in what is now South Sudan, however, they fled before the country split from the north in 2011.

Under trump’s executive action, dual-citizens are at risk of being detained and deported upon return to the USA.

Maker fled the Civil War with his younger brother and aunt to Uganda when he was five years old, before being accepted as a refugee in Australia. He then moved to the US to begin his high school basketball career in Louisiana.

Deng also escaped Civil War, moving with his father to Egypt, before being granted asylum in the United Kindom.

The impact of Trump’s ban on the NBA and other sporting leagues is still incredibly unclear. Whilst Trump’s order allows for some discretion and exemptions, border officials have received little or no guidance on how to implement the order, leading to scenes of disruption and chaos at airports nationwide.

USA today sports writer Jeff Zillgitt has tweeted that the NBA has reached out to the new State Department, seeking urgent clarification on how the ban could impact the league.

This was shortly before a New York federal judge issued a partial injunction, preventing deportations of people who have already arrived in the US. Numerous other injunctions across the country are awaiting hearings.

The bucks played the Raptors in Toronto on Friday night and Maker reportedly had no issues re-entering on his Australian passport. Neither the Bucks or the Lakers have any regular-season games in Toronto remaining.

The ban is also likely to impact the NBA’s annual Basketball Without Borders camp held during All-Star Weekend in February. In previous years the roster has featured players from some of the countries affected by Trump’s order, including Amir Reza Shah-Ravesh from Iran last year.

Freedom and liberty packing up their things…

It's a tough day when u find out that so many ppl that u thought were fans or friends really hate u and everything u believe in.