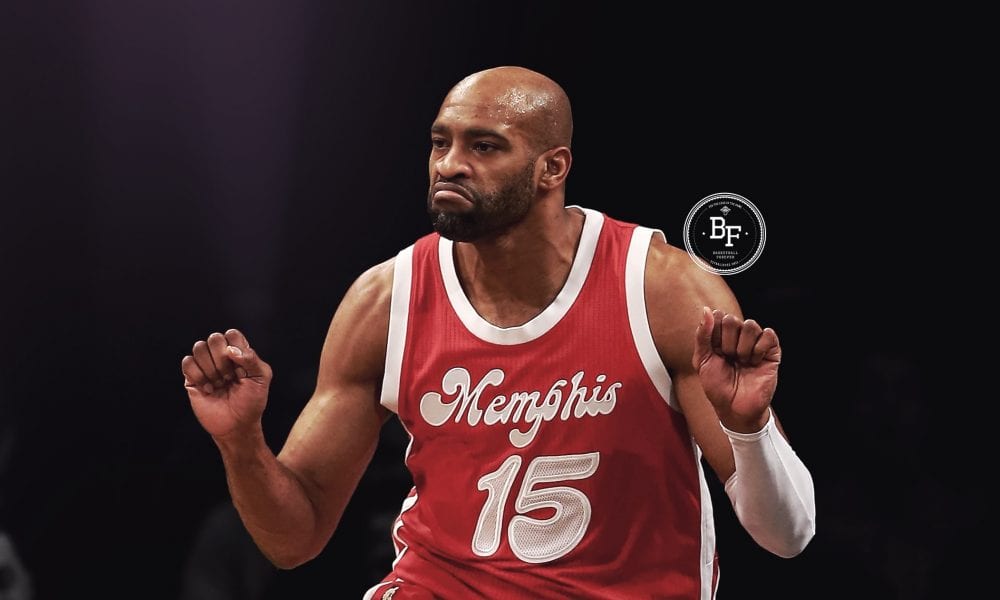 Vince Carter continues to fight off father time after he threw down a windmill dunk at 40 years old!, and thinks he’d make this season’s NBA Dunk Contest an “interesting” one.

Half-Man Half-Amazing established his legend by winning the 2000 event but isn’t so sure he’d able to take the crown now.

Carter, 39, remains a valuable contributor for the Memphis Grizzlies in a limited role.

Per the Commercial Appeal:

Carter, 39, is entering his 19th NBA season in the last year of a three-year deal with the Griz. His mind is as open as (Griz coach David) Fizdale’s to an indiscriminant role. The slam dunk champion-turned-three-point-gunner won’t have a defined position, yet he is expected to be in Fizdale’s rotation.

“I’m OK with that. I’ve prepared myself to be that guy,” Carter said. “It’s a role I embrace. With that, comes responsibility and I like that. (Playing time) is going to vary from game to game I’m sure. Some games will be big minutes. Some games will be shorter minutes. The bigger picture is, when I’m on the floor, to do my job.”

Carter will earn slightly more than $4 million this season. The Griz can waive him at any time but would owe Carter $2 million. His 40th birthday is in late January – roughly midway through the season – but there are no indications that the Griz plan to part with the likely Hall of Famer. […] Carter is ahead of Charles Barkley (23,757) and just behind Allen Iverson (24,368) with 23,969 points on the NBA’s all-time scoring list. Carter averaged 6.6 points and shot 35 percent from three-point range for the Griz during the 2015-16 season.

Vince Carter is one of the few remaining legends from the 90’s. We should all enjoy any sliver of Vinsanity we can get before he finally hangs it up for good.

What an amazing way to go out, by repeating a performance that set the bar for NBA dunk contents and is still remembered as one of the most influential moments in NBA history!