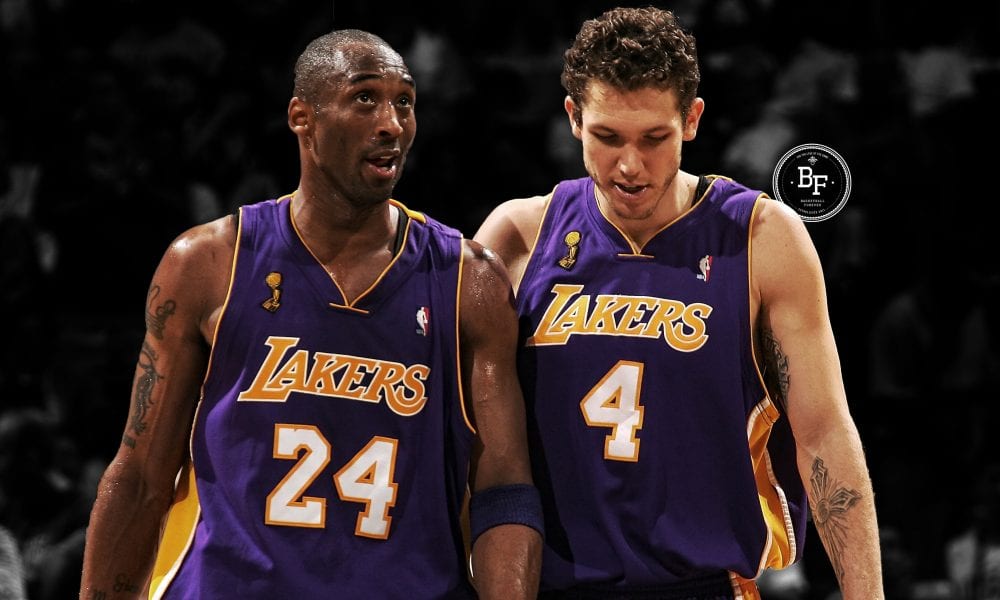 During a recent appearance on Uninterrupted’s “Open Run” podcast, Lakers coach Luke Walton—who played alongside Kobe from 2003 through 2012—revealed that he had a pretty terrific Kobe story that’s never been told.

Just when you thought there were no more Kobe stories…here’s another fresh one!

According to Walton, he once showed up at a Lakers practice during his rookie season after having been out partying the night before, and he stunk of alcohol the next morning at practice. Of course, who else would notice it immediately but Kobe Bryant. The great 2001 McDonalds commercial had Kobe’s famous lines “I don’t believe in cutting people slack”. Kobe was true to those words and went into full-on attack mode and told everyone that he was going to light Walton up during the practice. Walton remembers Kobe dropping about 70 points that day, and no one stepped in to help him at all.

I remember one time my rookie year, I came in a little, uh, him [Kobe] and Shaq like to do this as, I think it was just rookies, but any young guy, I probably had too much to drink the night before, so I came in, I was a rookie, I felt good, and they could smell some alcohol on me. And Kobe informed the rest of the team that no one was allowed to help me on defense, and that I had to guard him the entire practice.

I was laughing at first like, ‘Oh, this is funny,’ but in Kobe’s mind, in his eyes, it was like, ‘No, I see and smell weakness, I’m going to destroy you today.’ He taught me that lesson. He probably scored 70-something in practice that day, and I was begging for help, none of the teammates would help. But yeah, his killer instinct and his work ethic, they’ll stick with me forever.

You can check out the full “Open Run” podcast with Walton here.