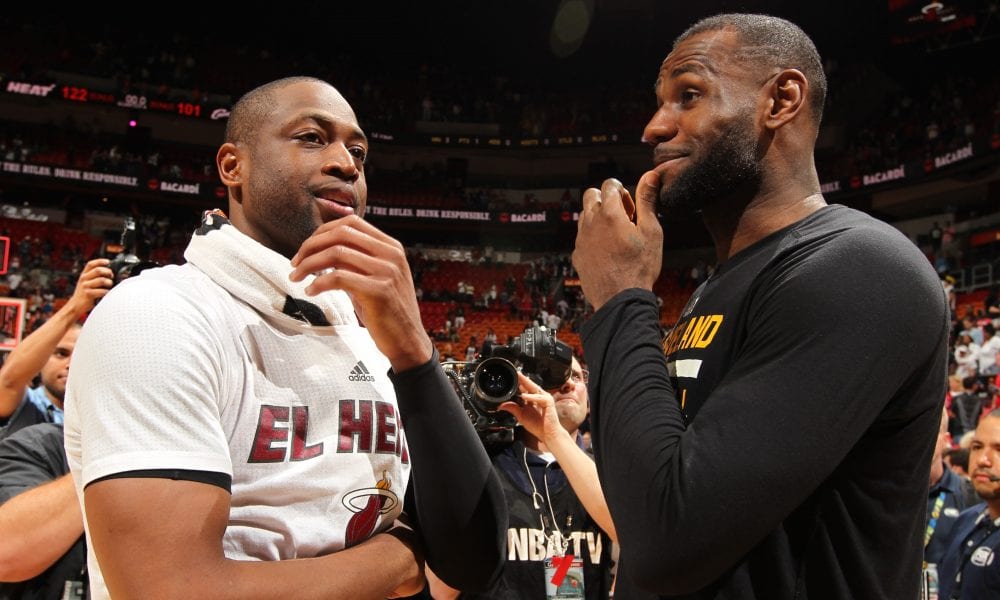 When Dwyane Wade became a free agent over the summer, there was a lot of speculation about him potentially taking his talents to Cleveland to play alongside LeBron James on the Cavaliers.

Yes, he would have needed to take huge payout for this to be a reality, but after how good things were in Miami it’s hard to believe he wouldn’t have at least considered it at the chance of adding a fourth ring to his collection.

Wade ultimately decided that Cleveland wasn’t the team for him, though, and while he hasn’t really spoken up much about the rumors connecting him to the Cavaliers, he talked briefly about the idea of him signing with the team during a recent interview with SLAM.

Wade acknowledged that he did consider signing with LeBron & Co. despite the huge pay cut that he would have had to take, but he chose not to do it because he believes he doesn’t have anything further to prove and that ring chasing didn’t interest him.

“I thought about Cleveland,” he told SLAM, “but I didn’t fit there. You don’t just do something because, Oh, I could win the ring there. I have three rings. I don’t need to chase the ring. This is what I wanted to do. I couldn’t fight it. If you fight it, you’re gonna always be like, You shoulda, or what could’ve—I don’t like to live my life like that.”

"This is like a new era for me" – Dwyane Wade

For an all-time great who has three championships and has made sacrifice after sacrifice to get there, its definitely understandable that Wade would return to his home town of Chicago to collect his money.  But I’m sure it’s interesting for LeBron x Wade fans to know that Dwyane at least considered the possibility of reuniting once again.