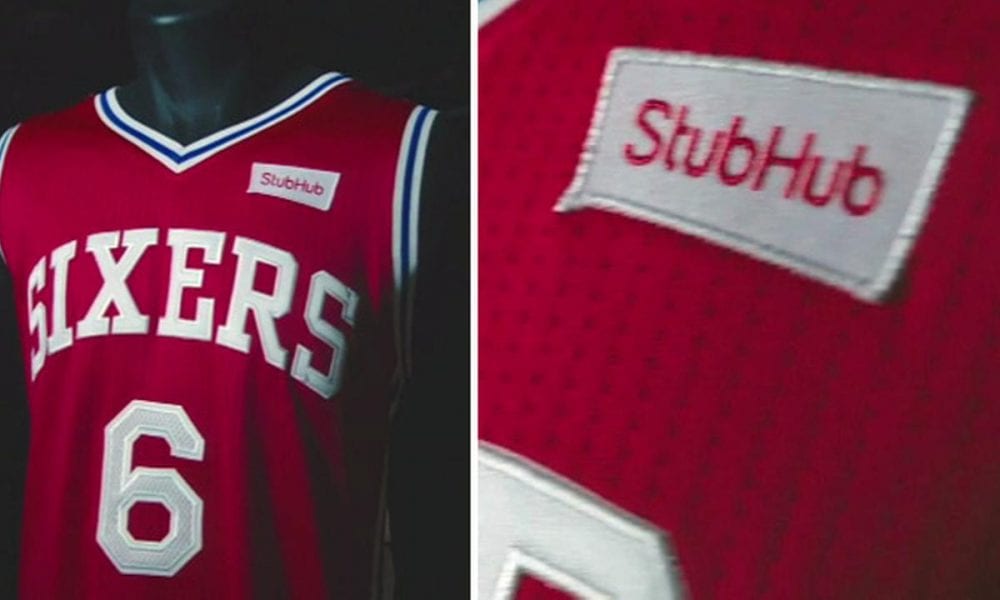 When an NBA fan thinks of advertising patches on jerseys it definitely causes a wince or two, but just like sleeved jerseys, it’s going ahead whether or not fans approve.

The big issue however, is the complexity surrounding execution. Avoiding the many conflicts of interest, uncertainty around market value and annoying loop holes will be a challenge for the league and brands alike.

This probably explains why the 76ers are the only NBA team to have made a deal despite the league announcing it would allow every team in the league to sell small advertising patches on jerseys beginning in the 2017–18 season, almost half a year ago.

So what exactly makes this so complicated?

Well firstly, no team is rushing to make a deal before other teams sign more lucrative ones

Teams are under pressure to create value for something that doesn’t have an established market — at least not in the U.S. Teams are all hoping the early deals develop a lucrative market. The lack of deals is just a byproduct of the tentativeness towards signing too early…and with good reason!

No team wants to be in a situation where they’re being sold short.

Stubhub signed a three year, $15 million deal with the 76ers so we know with certainty that Philadelphia is worth $5 million annually to at least onebrand.

Future values will be dependent on market size, marquee-player value and team success. The Golden State Warriors are looking for as much as $65 million for the 2½-by-2½-inch patch on its jersey for three years, while sources say the Cleveland Cavaliers are looking for something closer to $50 million. The Brooklyn Nets are looking for $25 million, according to ESPN.

These sorts of deals would move ahead a lot quicker if NBA teams were in better communication but since they are all competing for the same brands there has been significantly less information shared amongst them.

The complications don’t end there. Avoiding potential conflicts of interest will be a mammoth task. Alcohol and gambling brands, media content providers, and competitors of sports equipment company Spalding or watchmaker Tissot are already off the table per league regulations, and then individual teams also have other business partners that need to be satisfied: the players and local TV networks.

Hypothetically it would be easy to create a situation in which a top player has an endorsement with a competitor of the company on their patch or one in which players make deals with a competitor after the team’s patch is sold — devaluing the whole proposition.

In addition, the patch could just be a way to avoid advertising on local TV so teams will most likely need to be asking the uniform ad company to also buy ads on other media.

With the season rapidly approaching and the deadline for deals being January, it is possible that the NBA and its teams miscalculated the opportunity. However, what’s more likely is that it’s just uncharted territory, and once deals start to get announced, others will follow quickly.

For all this extra trouble, will the benefit of sponsorship money outweigh the loss in jersey sales?

Yes, that’s right, there will be a decrease in jersey sales the only question is how much. The unfortunate reality is that NBA street culture, rap culture and even the NBA design community are all affected by jersey sponsorships.

But just as importantly, even your average consumer is now less likely to purchase jerseys with ads for brands they may not even like, especially when they’ve been graced with ad-free jerseys for the past 60 years which, by extension, will mean retail stores like Culture Kings will be far less likely to stock up on new jersey inventory.

Who is paying $100 to buy a glorified billboard? Not me.

A poll conducted by welcometoloudcity.com showed that 46% of NBA fans said they wouldn’t buy a jersey again if it had any sort of advertising on it.

It is difficult to get air tight figures on jersey sales but it’s known the NBA made $900 million on jersey sales in 2013. So with the rise of Stephen Curry and the Golden State Warriors, Kevin Durant’s move, Westbrook’s break out, Kristaps Porzingis rookie debut and Jeremy Lin switching teams, it’s safe to assume that 2015/16 jersey sales probably eclipsed $1 billion.

In other words, they desperately need all the teams to get on board and hope that fans stay loyal to their yearly jersey purchases otherwise the whole process could end up being far more trouble than it’s worth.