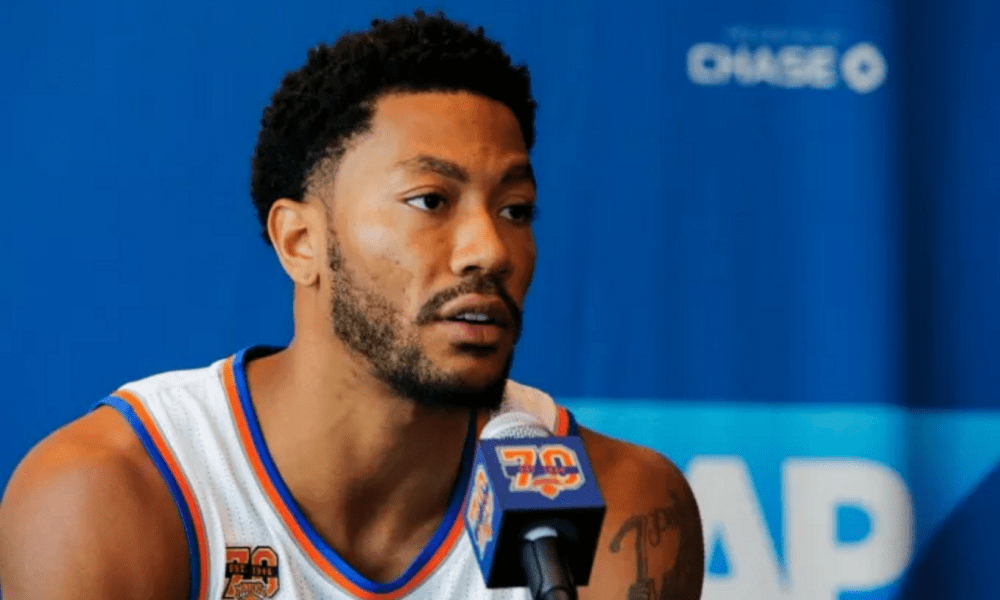 The LAPD is formally carrying out a criminal investigation of Derrick Rose’s rape allegations but Derrick Rose and Knicks president Phil Jackson, have been seemingly undeterred by the case since the allegations from his accuser went public.

Derrick Rose is officially under criminal investigation for alleged rape.

Things just went from bad to worse for Rose…

According to the New York Daily News, Rose stated on Saturday that he continues to perform “penitentiary workouts” at home, and learned them from Lamar Odom. “I do penitentiary work outs,” Rose said. “I’ll be in my room doing pushups, sit ups. I got it from Lamar Odom. From when I played in my first World Championship team [with Team USA]. He was on the team and the way he prepped himself before games, it was kinda like mini-workouts before the game. And that’s something I saw and kind of stole from him. So yeah, when I’m in my room, it’s stretching and having a little workouts, working on my body, flexibility, reading, and watching a lot of documentaries.”

Seeing as his life away from the court currently in question about allegedly committing sexual assault, using the term “penitentiary workouts” is  just not a good look for him at the moment.

It’s pretty clear Rose seems un-phased by his current circumstances. Carmelo Anthony even stated that Rose continues to be himself, not showing any signs of low morale at practice with the team. “He comes out here on the court and he’s Derrick— he’s laughing and joking, he’s having fun, he’s enjoying it,” Anthony said. “I mean, when you’re in your room, it could be something different behind closed doors, but he’s around us, it’s all basketball, it’s all fun, it’s all enjoyment for him.”