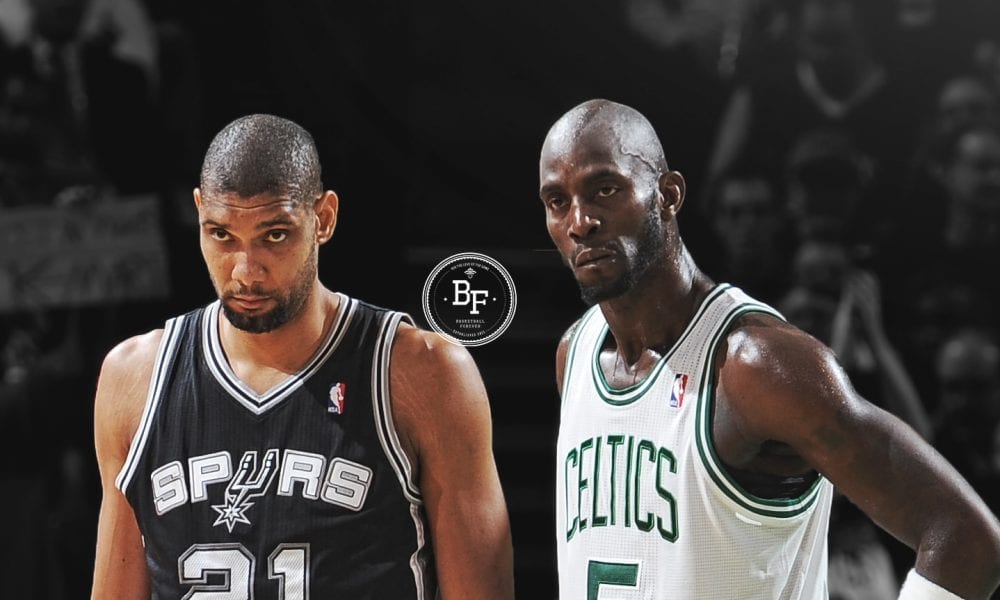 Kevin Garnett called it a career on Friday, making him the third all-timer to hang em up this offseason, along with Tim Duncan and Kobe Bryant. KG didn’t have to go, though. Not only did he have another year left on his last contract with the Minnesota Timberwolves, his old Celtics coach, Doc Rivers, told ESPN.com’s Jackie MacMullan that Garnett had a spot on this season’s Clippers if he wanted it.

“I would have absolutely been interested in bringing him here,” said Rivers, who is already coaching another one of his old Boston Big Three in Paul Pierce. “You always find a place for a guy like that, whose voice in the locker room is so strong, so clear, so impactful.”

But the biggest takeaway from Rivers’s remarks had to do with not just Garnett but also with Duncan, his longtime rival. To hear Doc tell it, the league would be wise to invest in a leadership program headed up by the two 40-year-olds.

As for a potential KG comeback somewhere down the road, Rivers isn’t buying it.

“He doesn’t want to play,” the Clippers’ coach told MacMullan. “I’m sure he won’t play again. I think he realized, ‘Why am I doing this?’”

Still, even though he’s done with his playing career, KG will stay in the game in an as of yet unknown capacity. Rivers confirmed this to MacMullan, saying “I’m going to offer him something. I don’t want to say too much right now. I just know he’d be a great asset to any team.

“Most incredible leader I’ve ever seen. He loves the game and played it with a passion you just don’t see very often. But he’s finally had enough. We all get there someday.”