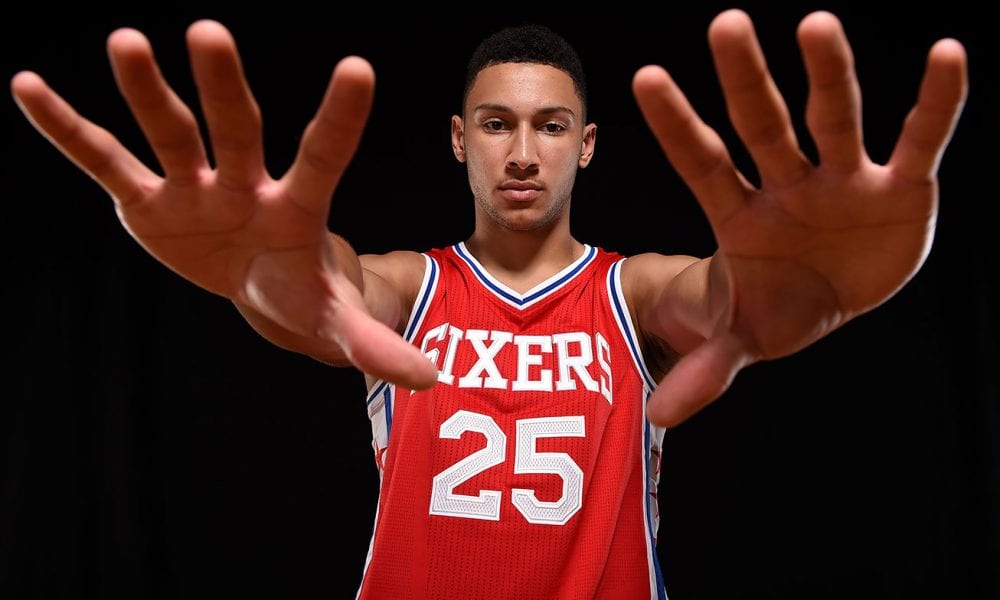 Ben Simmons of the Philadelphia 76ers begin his NBA career, and while it is a rarity seeing rookies make the All-Star squad, if any rookie is going to make it, it’ll be Simmons.

Going into this season, the league expects Ben Simmons to be the best player from the rookie class. Considering the fact that he was the top overall pick this year, that’s no surprise, and certainly not an unrealistic expectation to put on him.

Rookies making the All-Star team is not something unprecedented. Over the course of the NBA All-Star game’s existence, 45 rookies have been selected to the contest. It was a practice that was much more common in the 70s and 80s, as 16 rookies were All-Stars from 1970-1989, but just 7 rookies have been named to the team since then.

The greatest change over this period is that rookies coming in rarely are fully developed nowadays. In the past, it wasn’t rare for a high-level athlete to go all four years to school (or at least two or three years) before declaring for the NBA. Nowadays, if you’re a high-level talent, you seem to be wasting time and money staying in school, and therefore, players come into the league underdeveloped.

As the talent level has increased around the league, and more and more players come out of college after just one year, the number of rookies making the All-Star team has decreased tremendously. But Ben Simmons may just be changing the tides for the first time since Blake Griffin made the Western Conference All-Star team as a reserve in 2011. Griffin, in his rookie season, averaged 22.5 points, 12.1 rebounds, and 3.8 assists. Simmons will have to meet or exceed Griffin in all those categories if he wants a real shot at the East squad.

Unless Simmons proves to be some sort of athletic anomaly, making the starting lineup will be almost impossible, due to his competition for the spots taken. However, looking at the East’s reserves from last year, (Paul Millsap and Al Horford) there is a chance Simmons could slip in to a spot on the bench.

Granted, there’s no way Simmons will simply stroll his way into an All-Star selection during his rookie campaign. He will have to work hard if he wants step onto that stage this early in his career. But if the young Australian has proven anything, it’s that his talent is fuelled by determination and a strong work ethic.

via Josh Wilson, The Sixer Sense