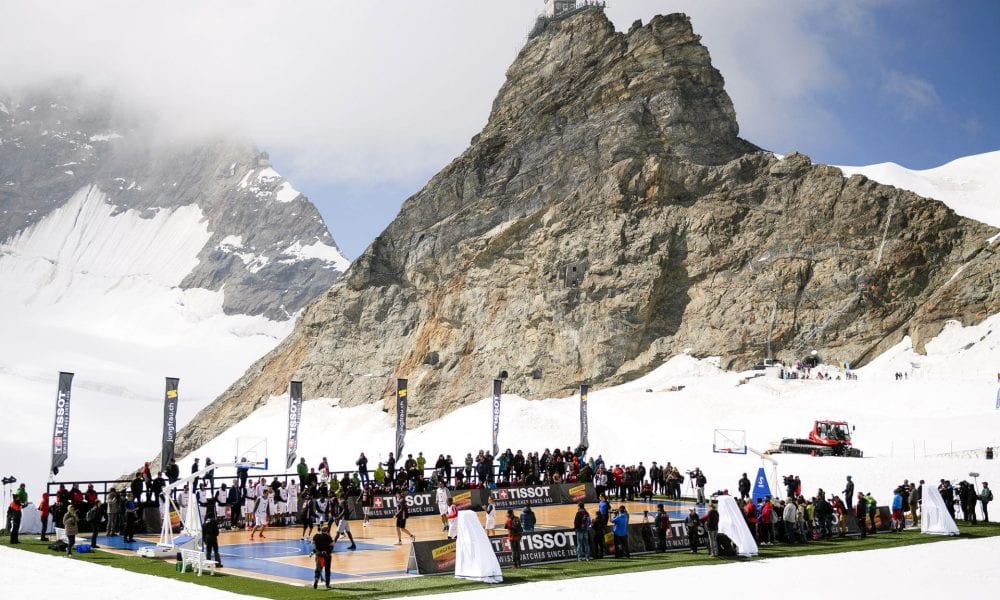 Tony Parker was taken to new heights for his latest game of basketball.

That’s because this contest was played 2.15 miles above sea level on the Aletsch Glacier in the Swiss Alps, where the UV rays are so intense he needed to wear shades while playing!

“I’m always up for new challenges, so when Tissot, my long-term partner, suggested I play a game at the top of Europe, I thought it was a great opportunity to do something exceptional,” the  San Antonio Spurs point guard said, via EuroHoops.net. “We don’t often get to play often in such extreme conditions.”

The 34-year-old led his French squad of ASVEL Villeurbanne players against a team comprised of Swiss Leaguers, with breathtaking views as the backdrop. It was cold — about 37 degrees — so the ballers wore bubble jackets underneath their jerseys.

Check out these INSANE photos of the event!