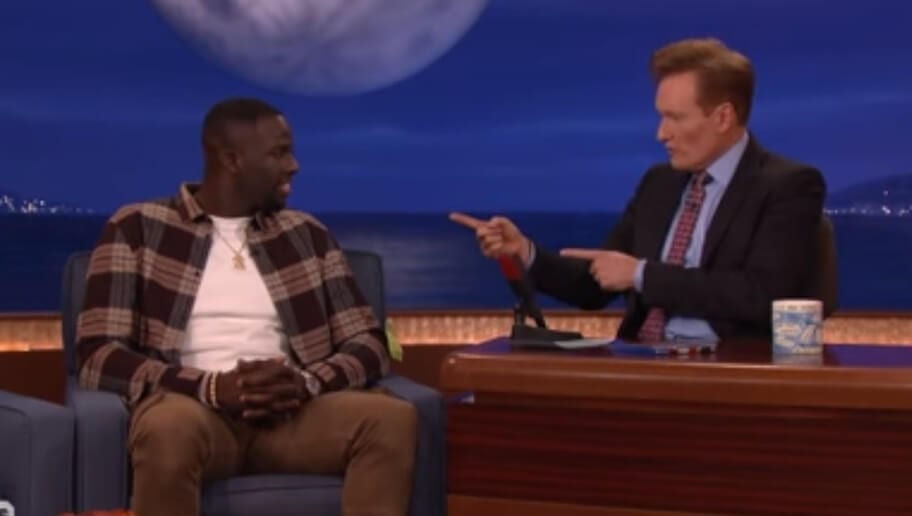 “The Dancing Bear” aka Draymond Green might just be the most important player for the Warriors on both ends of the floor.

After sitting down with Conan on Wednesday night, he might have proven himself to be even more important for the squad.

Basically Green pulled a Drake and made Kevin Durant’s hotline bling like crazy.

I wouldn’t be surprised if KD didn’t respect Draymond anymore for doing that.

The Warriors won’t mind that at all, they probably all had the same reaction when KD chose the Warriors.

With Kevin Durant’s move to the Warriors, the NBA Finals has almost become a foregone conclusion before the season even started. Everyone knows it’ll be a third straight Cavs/Warriors matchup.

The real question for this season will be, how many threes will the Warriors splash on the rest of the league with KD on the squad?

Expect more records to be broken when the season starts a little more than a month from now. And when they’re winning, I bet Draymond and KD will get along just fine.