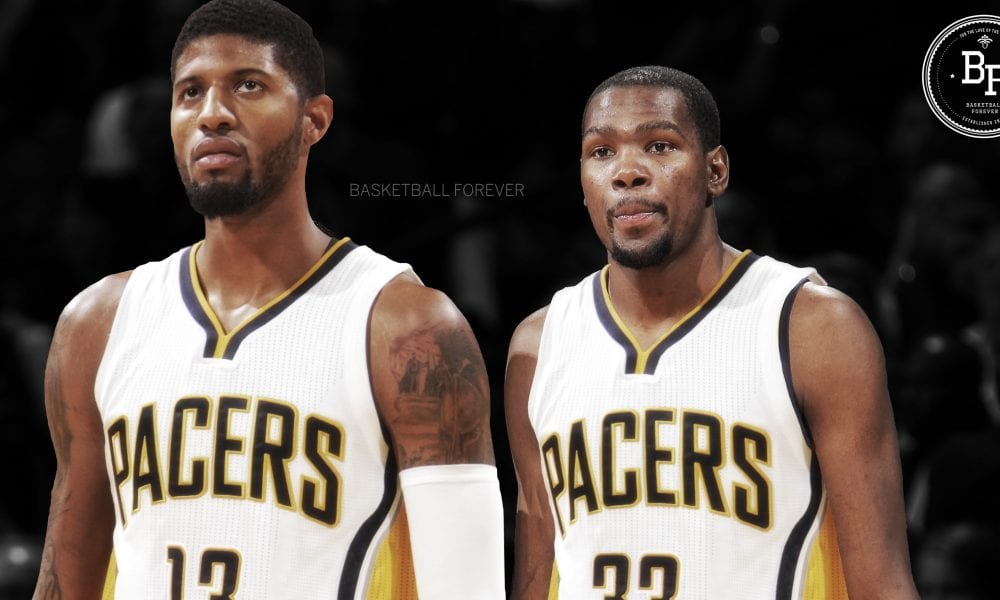 Warriors have just one season to get it done otherwise they risk losing Durant or Curry.

Anything’s possible! Unless you have to put Heaven and Hell on a Peace Treaty table, anything can be done. And so, here’s one interesting thought for Indiana Pacers fans – do you want to see Kevin Durant play alongside Paul George next year?

Of course, YES. Definitely! But is it possible? Again, anything’s possible. But how, that’s the main question.

Golden State Warriors Payroll Scenario in 2017-18 NBA Season
It’s an open-secret – Kevin Durant wants to win an NBA Championship. And many basketball analysts believe it’s in the bag for the Golden State Warriors this upcoming 2016-17 NBA season. Question is, how many NBA championships does he want playing with the Warriors?

Stephen Curry, the two-time and reigning NBA Most Valuable Player is going to become a free agent by July. Durant has a player option next season. Can the Warriors offer two gigantic deals in one season?

Next year, Durant is eligible to get max contract, having played at least 10 years. That means about $30-$33 million. Curry will surely get the max contract of around $27 million.

And if you haven’t notice, we are just talking about two players. Here’s a fact, Klay Thompson and Draymond Green’s contract for 2017-18 is a combined $34 million! That’s just four players and it has already eaten more than $90 million worth of payroll.

The problem is, the projected 2017-18 salary cap of $107 million might be lowered to $102 million as reported by Brian Windhorst of ESPN. How many key or role players more can the Warriors sign up with just $10 million?

But should the Pacers successfully lure Durant to play for Indiana next year, they still have about $5 million room left. Should this happen, making Teague sign will come easier.

Obviously, it’s very hard to make it happen. But again, anything’s possible. And the Pacers don’t even have to worry of trading away Paul George.

As what Steve Kyler of Basketball Insiders revealed back in July, the Pacers will not trade away Paul George except if the replacement would be Kevin Durant. Now here’s a better alternative – Kevin Durant playing side by side with Paul George. Even if they have the same position, the coaching staff can surely find ways to make adjustments and have them do their things together.

Yes, anything can happen. We’ll just have to wait next next season