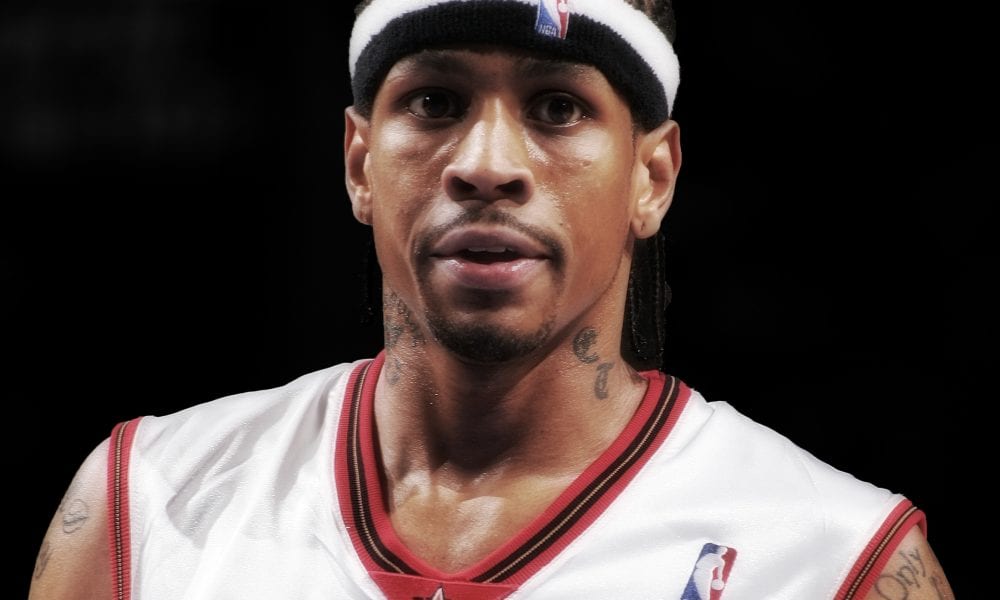 In an age of minute restrictions, stars getting regular season rest, and players conserving their energy for when it matters most, Allen Iverson bucks the trend. The man rarely took a basketball minute (much less a game) off.

Iverson averaged 41.1 minutes a game in the regular season, one of only three players from the modern era to crack the top 10 (LeBron and Sprewell).

Iverson averaged 45.1 minutes a game in the playoffs. 3rd all time. He’s the only player since Bird and Magic entered the league to crack the top 10 (LeBron is 11th).

Iverson averaged 46.2 minutes a game in the 2001 NBA Playoffs. Sometimes he needed a rest, and had eight games in those playoffs where he rested for about one minute or so. He also played Game 7 against Toronto and Game 1 against Milwaukee on one days rest with no breaks. 48 minutes up, 48 minutes down both times.

Allen Iverson is a modern marvel.