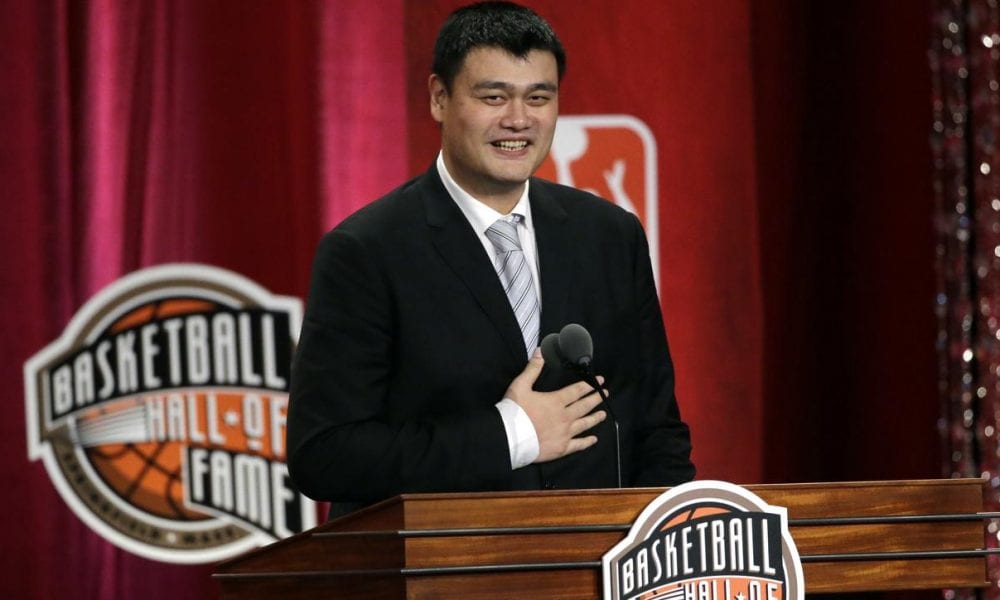 Yao Ming is more than worthy of his Hall Of Fame Induction for not only what he did in the NBA but how he impacted basketball on a global level.

The Naismith Memorial Basketball Hall of Fame Class of 2016 was announced on Monday morning, with Allen Iverson, Shaquille O’Neal and Yao Ming headlining those selected. Although, basketball fans and media members have questioned Yao Ming’s eligibility. Despite his eight All-Star appearances and three All-NBA Team selections during his nine year campaign. But what they seem to be forgetting is, the legacy that he created during his time in the NBA.

Yes, Yao was often injured during his career. After playing in 244 of his first 246 NBA games, the Houston Rockets’ 2002 No. 1 pick would play no more than 77 games in a season throughout the rest of his career. His on-court legacy and ability to propel the Rockets to any meaningful playoff success was cut-down by leg injury after foot injury after knee injury. Such is life as a 7-foot-6 individual carrying over 300 pounds of playing weight.

But questioning his right to be in the Basketball HOF ignores not only how great he was on the court, but also his role in connecting the NBA’s outstretched hand with China’s untapped basketball market.

He twice led all centers in Player Efficiency Rating (PER), and was top five amongst all centers in PER from 2003 to 2009. He retired with the ninth highest career PER in the history of NBA centers, per Basketball-Reference. Yao was a defensive-anchoring, shot-blocking, rebound-grabbing, post-pulverizing monster at the center position, and was a nimble and skillful player for his immense size. He was everything an all-time great NBA center should be, and then some.

His importance as an international ambassador to the game cannot be understated, and reducing his career to injuries and a few healthy seasons is downright narrow-minded. Yao became the first international player picked first overall without playing college basketball in the U.S. Such was the hype around the then 21-year-old giant.

Because of Yao, a billion-person country associates its favorite sport directly with the NBA. He’s even gotten credit from many NBA players for, by proxy, landing them endorsement deals in China, which, for some, later helped extend their pro basketball careers in the CBA.

No one else, besides Michael Jordan, can claim to have had such a wave of influence over the NBA and basketball, both here and abroad. That’s what a wanna-be Hall of Famer aspires for — greatness and legacy — and Yao achieved just that, and more. He made an impact on and off the court, and expanded the game of basketball further than anyone else ever did.