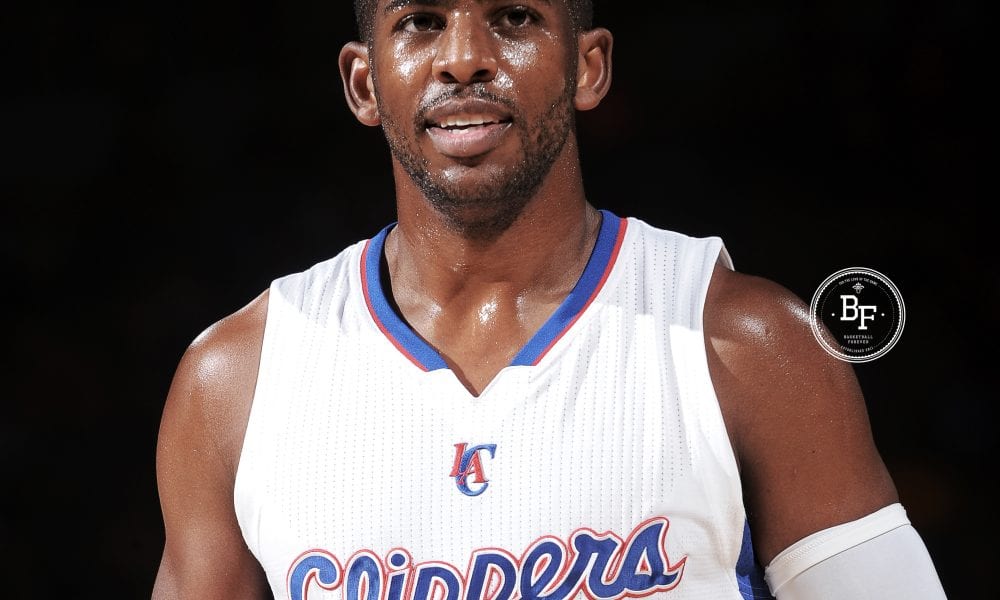 If the Clippers do not win the championship, should Chris Paul re-sign with them?

Chris Paul has been one of the best players in the NBA for the last decade because of his ability to score and create plays for his teammates and also get it done on defence. CP3 has accomplished a lot over the years, 9x NBA All Star, 8x All-NBA team, 8x All-Defensive team, 2x Olympic gold medalist, but the stat that haunts him the most, Paul has never made it out of the 2nd round of the playoffs let alone won a championship.

Chris Paul was very close to joining Kobe Bryant and Dwight Howard in a trade the was eventually blocked and Paul found himself on the Clippers instead.

In the 2nd round, the Clippers came up just short against Kevin Durant and the Oklahoma City Thunder in a controversial series 4-2. 2015, on the back of arguably one of Chris Paul’s best ever performances, the Clippers defeated a tough Spurs team led by future hall of famer Tim Duncan in 7 games. The Clippers went on to face James Harden and the Houston Rockets in the 2nd round, the Clippers were leading the series 3-1 as Chris Paul and the Clippers were getting closer to reaching their first ever conference finals. But then it all came crashing down as the Rockets came back to win the series in 7 games, winning the last 3 games of the series. This could have been the Clippers best shot at winning a championship. In 2016, their most recent playoff appearance, the Clippers were leading the Portland Trail Blazers 2-0 but once again, it all came crashing down as they lost their 2 best players, Chris Paul and Blake Griffin, to season ending injuries.

It’s very easy to see that it’s been a tough ride for Chris Paul. He is now 31 and hungry as ever for a championship. Doc Rivers has constructed arguably the best Clippers team for the upcoming season, since Paul joined them. Chris Paul will have one more shot at the championship with the Clippers until he enters free agency next offseason. The Clippers winning the championship this season seems unlikely due to the dominance of an intimidating Warriors team and the defending champion Cleveland Cavaliers.

The answer is yes…for legacy sake. The Clippers are a championship contender. Paul’s got great teammates in Blake Griffin and DeAndre Jordan who show no signs of leaving, a championship coach in Doc Rivers and come on now, it’s LA leaving now is a bigger risk than staying.

The only team that could convince Chris Paul to join them is the San Antonio Spurs. Tony Parker is getting older and the Spurs need a new Point Guard to lead their franchise. With the opportunity to play under 5x NBA Champion Coach, Gregg Popovich and play alongside MVP caliber player Kawhi Leonard and All Star LaMarcus Aldridge. The Spurs are all about team ball and Paul would fit perfectly with that team.

Unless of course, Paul decides to team up with long time friends, Wade, LeBron and Melo as James suggested earlier last season.

I guess we’ll see what happens…