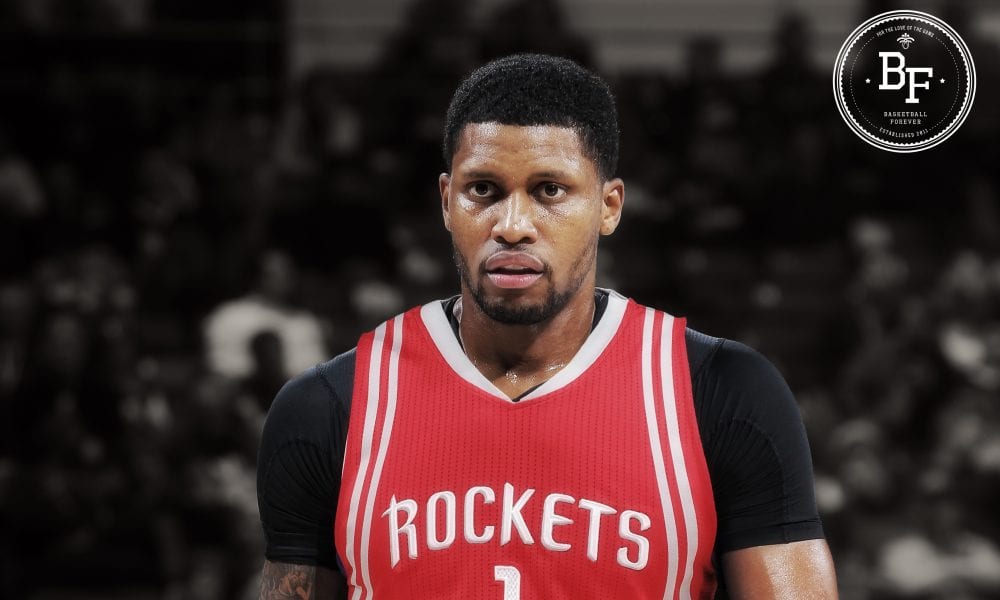 NBA teams continue to consider their options when it comes to getting the most out of their current rosters. Some trade rumors are geared towards targeting a particular team’s area of weakness and how a trade with another team can improve that liability, and hopefully make it a win-win situation for both parties involved. Here are the latest NBA trade rumors for the 2016-17 NBA Season.

According to the latest NBA trade rumors, Sacramento Kings will trade Rudy Gay to the Houston Rockets for K.J. McDaniels and Trevor Ariza.

One reason why this trade might occur, according to experts, is that the Rockets’ Trevor Ariza isn’t as consistent from the three-point range as new head coach Mike D’Antoni would want him to be. Gay could be that replacement threat from deep.

Gay is the subject of many trade rumors in the off season. However, due to his expensive contract, other teams who are interested in acquiring him have a hard time coming up with deals.

According to Steve Kyler from Basketball Insider, a Rudy Gay trade is imminent. Teams that are drawn towards getting Gay include the Brooklyn Nets, Minnesota Timberwolves and the Rockets.

Rudy Gay may be the athletic wing man that Coach D’Antoni needs to execute his run-and-gun offense with the Rockets. While Eric Gordon and Ryan Anderson are already in Houston’s lineup for that purpose, both players are prone to injury, and Gay may be the more stable option.

The Washington Wizards finished the 2015-16 NBA season with a 41-41 record; equivalent to tenth place in the Eastern Conference. Despite the strong numbers produced by the incredible back court duo of Bradley Beal and John Wall, the team was still unable to make the playoffs. This points to the speculation that one of the guards will be traded if the same result is imminent in the early stages of the 2016-17 regular season.

Bradley actually got the biggest deal in the history of the Wizards franchise, so it’s unlikely that he will be the one to go.

If indeed it will be John Wall who will be traded away, then the New York Knicks might be the best place for him. According to the latest rumors, Wall will be a great partner to Carmelo Anthony, and will be responsible for directing the Knicks offense.

There is a catch though; the Knicks already obtained Derrick Rose, another star point guard, albeit past his prime. One possible scenario is that New York will trade Rose, plus maybe a few other players, to get John Wall.

This of course, makes for an awkward situation in New York after Rose has declared his love and admiration for the team and expressed high hopes for their 2016/17 potential.

A lot of teams are interested in getting DeMarcus Cousins from the Sacramento Kings. There have been a lot of rumors recently about how Cousins, despite his undeniable talent in the front court, simply isn’t a great fit for the team. Another team added to this mix of teams wanting Cousins is the Toronto Raptors.

The consensus is that if the Raptors get Cousins, they will become as good as, if not better than, the Cleveland Cavaliers. As it stands, they already have an excellent lineup consisting of DeMar Derozan, Kyle Lowry, Terrence Ross, Jonas Valanciunas, and DeMarre Carroll, among others. The Raptors made it to the Eastern Conference Finals for the first time, eventually losing to the Cavaliers 4-2.

The Trade Machine by ESPN suggested that for this trade to work, the Raptors will get DeMarcus Cousins and Ben McLemore while the Kings will get Jonas Valanciunas, Norman Powell and Cory Joseph.