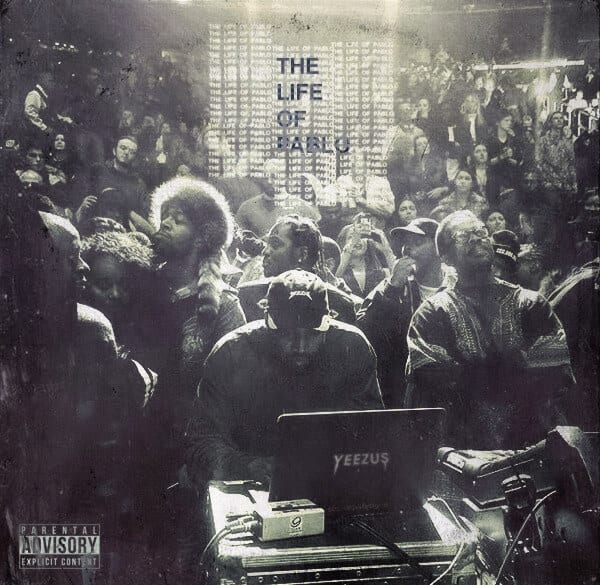 By now we’ve all well and truly heard ‘The Life of Pablo’ and have probably memorised most of the lyrics for the doper tracks.

For those of you who were acutely aware of Kanye’s basketball references and wanted the back story, we’ve got you covered. Here they are:

“If Hov J then every Jordan need a Rodman”

The album’s first sports reference is pretty straight forward. Jay Z branded himself the “Mike Jordan of recording” on “Show Me What You Got.” Kanye, who in-part got his start in music producing for Jay Z and maintains a business and personal relationship with him through a number of ventures (including Tidal), subsequently paints himself as the eccentric sidekick of his mentor.

Entertainer Puff Daddy (late Diddy) was arrested after getting into a fight with UCLA football strength and conditioning coaches and swinging a kettlebell at an intern. Diddy later professed the move was in retaliation to perceived disrespect towards his son Justin, then a member of the team. An ex-UCLA coach later admitted the younger Combs was essentially only on the team in the first place because of his celebrity. Not that there’s anything wrong with that.

The album’s second of four titles was SWISH and toward the end of “No More Parties …”, one of several leaked-in-advance TLOP tracks, you’re able to hear some of the trademark sounds from the original NBA Jam video game.

Drake & Future made a song called “Jumpman” on their seminal mixtape “What A Time To Be Alive.” Whether you know it or not, you’ve almost assuredly heard it. The song’s chorus references the iconic Nike logo of Michael Jordan’s silhouette. Kanye’s created a shoe empire in his own right with own in-demand Yeezy sneakers for rival Adidas.

“Nike, Nike treat employees just like slaves / Gave LeBron a billi’ not to run away””

This hot button lyric appears to be both reference Nike’s ties to underpaid foreign labor in their shoe manufacturing processes, as well as Nike’s record lifetime endorsement contract with LeBron James.

In a later deleted tweet, Kanye apologized to LeBron for the perceived insinuation that the line was intended as a diss towards him:

Rockets all-star James Harden signed a lucrative endorsement deal with Adidas this past offseason. Esoteric in his own right Lakers player Nick Young also has a deal with the shoe manufacturer, wearing Kanye’s shoes in-game. Young admitted to being thrilled with the reference when the original version of “Facts” was released in January.