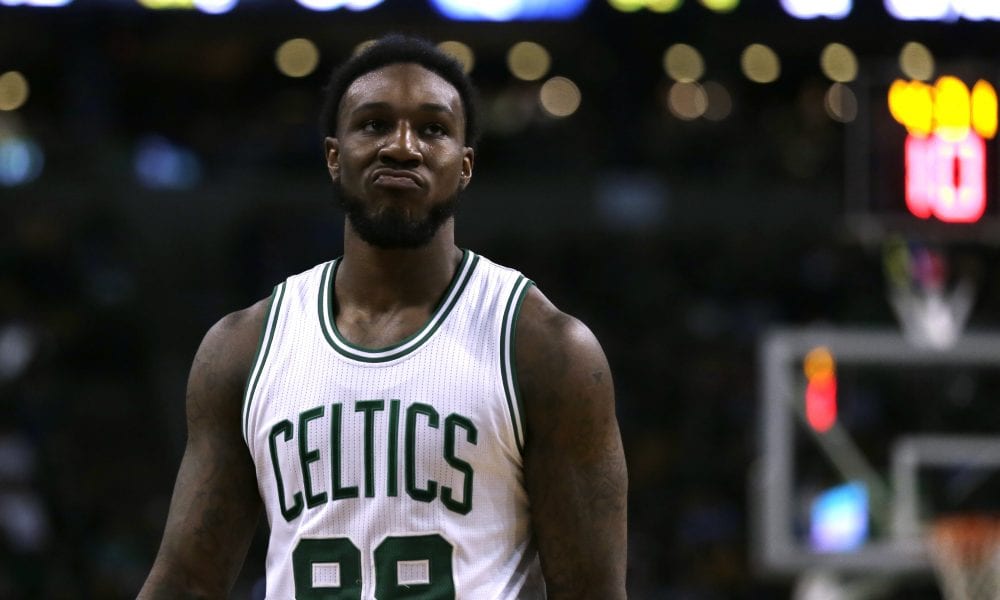 During an appearance at the Basketball Hall of Fame on Thursday, Crowder repeatedly expressed dismay that Durant elected to join a super team rather than continue to fight against the one that won an NBA-record 73 games last season.

The Celtics were one of six teams that made a sales pitch to Durant at the start of free agency earlier this month.

“We were the only team in the NBA to beat [Cleveland and Golden State] on their home court. The only team in the NBA, the Boston Celtics,” Crowder said. “We told him that. We played him clips from both games and told him basically the scouting report of how we guarded Steph [Curry] and Klay [Thompson] — our entire game plan, basically. That’s what made me mad. We f—ing told him everything we do to beat these guys, and we beat them, and he went and joined them. …

Crowder believes the Celtics have upgraded with the signing of Al Horford, and he believes the team will find additional pieces to make it a surefire contender in the Eastern Conference.

“I just text [Celtics president of basketball operations Danny Ainge], trying to see where everything is going,” Crowder said. “After [Durant’s decision], I just asked like, ‘Well, what’s the direction now?’ And he said, ‘We’re still trying to make moves.’ So that means we’re still active. And we still have a lot of assets, we still have a lot of young players. So we gotta figure it out. We can be as aggressive as we want to. But I do feel like we’re one or two pieces away still.”