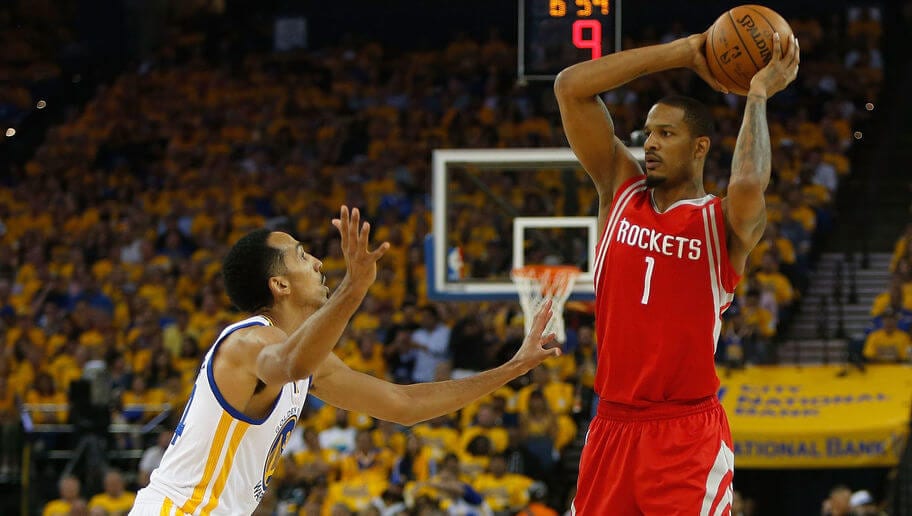 He may be undersized, but J.J. Barea plays with a ton tenacity and always finds a way to carve up the defense to get to the hole. He is not the most skilled player on the Mavericks, but he tends to bring offensive energy, which usually sparks the rest of the team. Barea is also very crafty and smart with the basketball. However, most of his work goes unnoticed.

For some reason, Kenneth Faried has been rumored in trades many times, as it seems like the Nuggets are not quite satisfied with the 26-year-old. However, The Manimial is a big-time producer when given the minutes, and he does most of his work on the offensive glass. He is a tenacious player, one with a never-ending motor. The energy that Faried brings every night is contagious, but it is widely underappreciated by the organization.

From a gruesome leg injury, to a quality role player, Shaun Livingston’s story has been rather interesting. After his leg injury, it took him a while to recover and return to form, but it looks like he has definitely found his stride with the Warriors. Livingston’s versatility on both ends of the floor is very unique. He is extremely long for most point guards, which makes him a complete mismatch offensively. Defensively, he can defend multiple positions due to his size and length, which makes him the perfect fit for the Warriors.

Due to James Harden’s exhilarating play, people forget how important Trevor Ariza is to the team. He offers the best perimeter defense and is mobile enough to play multiple positions. The former UCLA product is also a knock down shooter, giving Harden ample spacing on the offensive end. Ariza’s numbers are not jaw-dropping by any means, but he does many things that don’t show up in the box score and will continue to be key for Houston’s success.

Jamal Crawford sometimes doesn’t receive credit for the major workload he has to carry at times. He has won the Sixth Man of the Year award for the second consecutive season, which is great, but he is much more than a sixth man. This guy almost always closes out games for the Clippers because of his ability to hit clutch jumpers. Not only that, but he instantly becomes a high volume scorer any time there is an injury to one of the star players. Crawford is a major part to Los Angeles’ success. Thankfully, the Clippers were smart enough to keep him.

The Lakers are an up-and-coming team filled with young players now, but there is one guy that is quietly standing out from the bunch. During Summer League, Larry Nance flew under the radar with his all-around play. He was defending and rebounding really well and was creating his own highlight reel in the spare time. The young man could very easily take Julius Randle’s starting role if he continues to play with high energy and determination.

“First Team All-Defense!” That’s what immediately stands out when the name Tony Allen appears. Although offensively challenged, Allen is arguably the best perimeter defender in the league and certainly makes an enormous difference for Memphis on that end of the floor. Typically, it’s Allen’s suffocating defense that leads to better offense for Memphis. Offensively, Allen cannot shoot, but his high energy allows for him to get some points around the rim which is sufficient enough.

Shabazz Muhammad is the one young guy on the Minnesota Timberwolves that is greatly overshadowed by the rest of the young talent on the team. Nonetheless, coming off the bench Muhammad plays very hard in limited minutes and quietly produces really well. He is a blue-collared type player, who does not complain about his role and does his job, which is to score in bunches. Sometimes it makes you wonder how good Muhammad really could be if he had a significant role.

Maybe it’s because of injuries or maybe it’s because his role has been reduced, but Jrue Holiday has always been able to produce. When the Pelicans had multiple players sidelined with injury, Holiday was scoring and assisting at a high level last season. He will definitely be a major key to New Orleans’ success this season with Eric Gordon and Ryan Anderson gone, and you better believe he will continue to produce.

During last season’s playoffs, Steven Adams broke out and became Oklahoma City’s third best player behind Russell Westbrook and Kevin Durant. The seven-foot big man is a physical force on the defensive end, becoming one of the best bruisers in the league. Honestly, if it wasn’t for Steven Adams, the Thunder may have not even reached as far as they did in the playoffs, coming one game shy of the NBA Finals. Adams’ rebounding, size and defense overwhelmed opposing teams.

When given a significant role, Alex Len could produce both offensively and defensively. He has a soft touch from mid-range and could finish gracefully around the rim. On the defensive side, he offers shot blocking and size. However, just because Len was taken fifth overall in 2013, people overlook him. Nonetheless, Len could be a solid 10-and-10 guy if given the minutes. I think he proved that in a stretch of games spanning from late-February to early-March of last season.

Ed Davis is not the most talented offensive player in the league. In fact, he has essentially no offensive moves to help him score, but what he has is a bundle of energy stored in his body. The big man uses his length and endless energy to retrieve offensive rebounds and typically gets his points due to his hustle. The same energy is used on the defensive end to contest shots at the cylinder and protect the paint.

The Kings have always wanted a two-way wing player, and they just got that in Arron Afflalo this summer. For some reason, the nine-year veteran has journeyed around the league, despite offering outside shooting and quality perimeter defense. With the Kings, he will fly under the radar and should fit right in, giving the team everything they have wanted from the two position.

Patty Mills is, what I like to call, the offensive spark plug for the Spurs. The Australian guard seems to never stop moving on the offensive end, which helps create quality outside shots for him. A lot of times, Mills’ energy changes the momentum of the game in San Antonio’s favor when the team is down, as he perfectly plays his role off the bench. Because the Spurs have a flurry of talent, Mills’ exhausting workload goes unnoticed.

Did you know that the Utah Jazz were top two in the NBA in opponent points per game? Well, now you do, and it is all because of Rudy Gobert’s intimating paint protection. The Frenchman has a wingspan that can quite possibly catch an airplane from the sky, but he instead uses his length to block shots at a high rate. He may not be an explosive offensive player, but his defense is crucial and a major reason why the Jazz were in the playoff race last season.