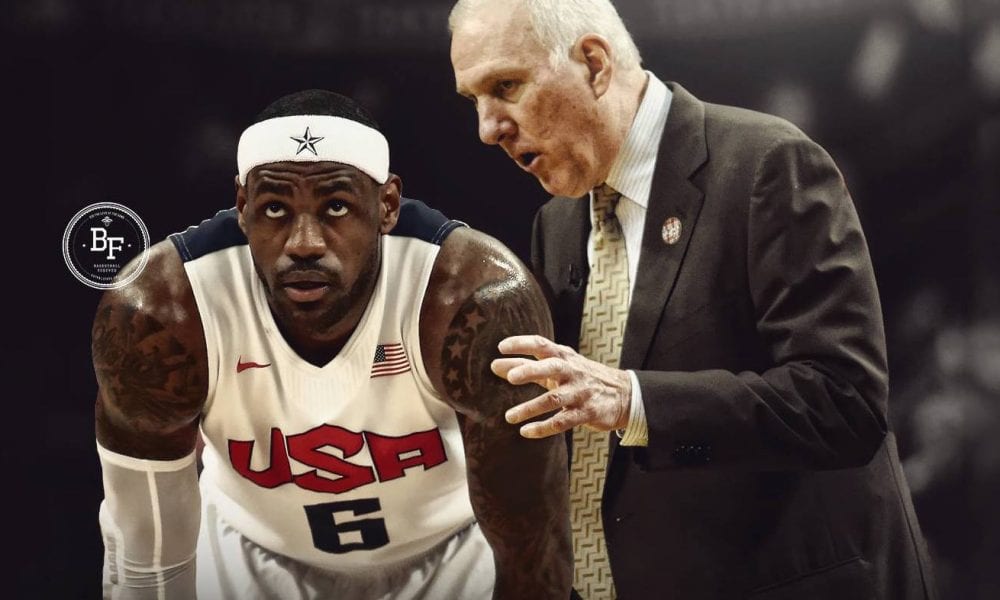 As the 2016 Team USA Basketball squad was being selected, LeBron James made it clear that he would not be joining them after his incredible NBA season. However, don’t think for a second that that means he’s retiring from Olympics basketball.

LeBron joined the Sportscenter crew to provide some interesting comments about his Olympic career, saying that not only does he wish he played this year, but he’s also leaving the door wide open for a return in 2020.

“Every time I watch ’em, I wish I was out there. I did not retire from Team USA. I just did not play this summer. So I still left the door open.”

If there’s one thing that’s certain, it’s that Team USA certainly misses LeBron. While they have remained undefeated, the team has clearly struggled this Olympics with no clear leader there to take charge — something that LeBron is known for.

If LeBron is able to lead the 2020 Olympic team to Gold, he’ll have notched 4 Olympic medals, 1 bronze and 3 gold, giving him an opportunity to tie Carmelo Anthony (who has retired from the Olympics) and also allows for him to regain his title as the Team USA All-Time Leading Scorer!