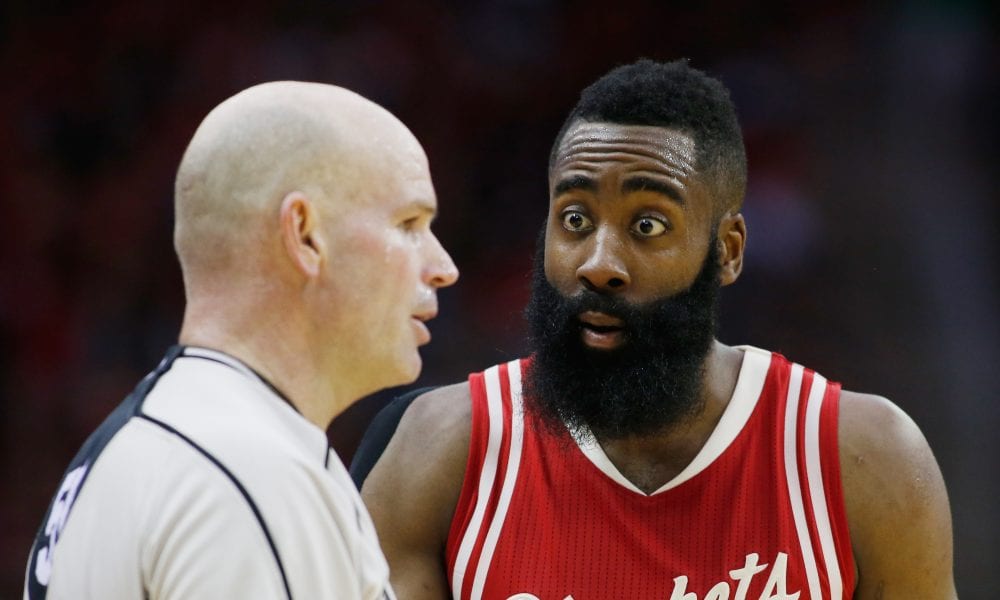 Who are the most overrated players in the league today? A lot of hype, but not necessarily a lot to show.

The NBA has always had its fair share of overrated players. In all honesty, the best part about the term “overrated” is quite simple. It is always an opinion. Overrated to underrated to properly rated all depends on who is doing the rating. With that being said, here are the top three most overrated players in the NBA.

Remember when Davis was being touted as the best thing since LeBron James? That talk is almost assuredly over. Davis is certainly a great player, but he is injury prone. If a player is never on the court, then what is the actual point? The Pelicans center has nothing around him, it really reminds me of a younger Kevin Garnett. However, Davis has to stay healthy if he wants to actually become a star in the league. While he has shown flashes, he still needs some conditioning and weight to take on a full NBA season.

Harden is incredible on offense, I will give you that. He gets to the rim at will and has a great jump-shot. Most people just forget that basketball is played on two sides of the court. Harden is an abomination on defense. Sometimes I think it’s best to take Vivek Ranadive’s suggestion and just keep Harden on the other side of the court. The All-star shooting guard will never reach his potential until he actually plays defense. All of the past stars played on both sides of the court. Harden better start.

DeMar DeRozan is the bane of my basketball watching existence. DeRozan is just not good at basketball and is a NBA fossil. To start, he can’t shoot threes which is semi-embarrassing when you get paid millions of dollars to play basketball. He isn’t a very good passer and gambles on defense way too much. Simply put, he’s a terrible second option. The only real reason why DeRozan even gets stats is because he is a volume scorer with no better option on the Raptors. Nothing annoys me more than watching DeRozan play basketball.