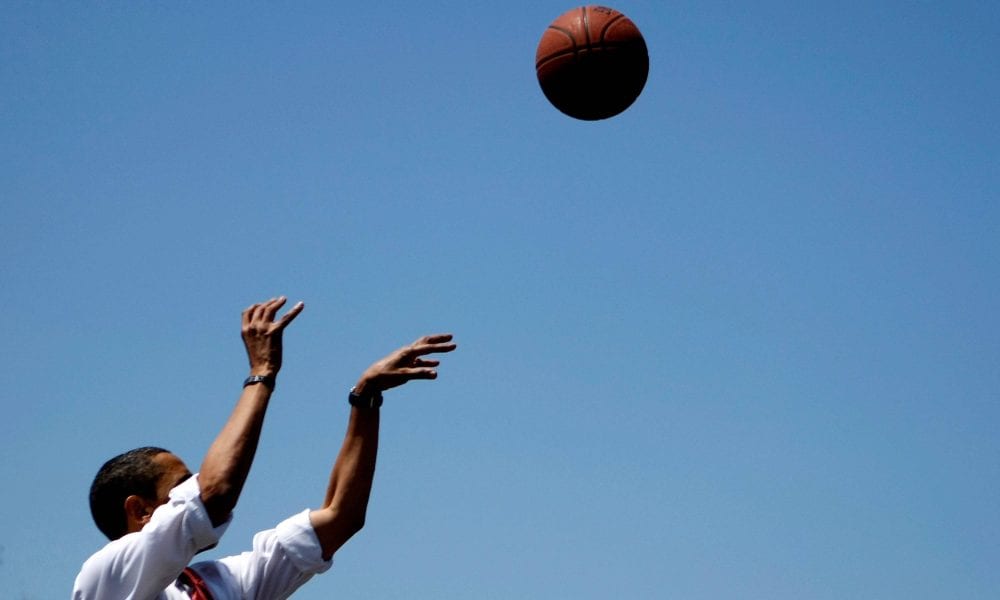 The Obamas have long history with basketball.  From shooting hoops on the 2008 campaign trail to Michelle Obama dunking on LeBron in the West Wing.

It goes without saying on this site that Ball is Life for a lot of Americans, and every election season candidates try to one up each other on their apparent love for the game.

Some do alright, like Bernie Sanders earlier this year shooting an impressive set of hoops during a live TV Cross.

Others, well I think it’s fair to say they probably don’t have an NBA League pass…

Earlier this week Ted Cruz tried to impress an Indiana crowd, this cringeworthy performance where he stood on a basketball court and called the hoop a “basketball ring”.

So it comes as no surprise that the pandering earned itself a mention in Obama’s White House Corresondents Dinner Speech, known for it’s comedy routines, and this year a literal mic drop.

“What else is in his lexicon? Baseball sticks… football hats… But sure I’m the foreign one”

Pretty hard to deny this Pres has the #MambaMentality.

This is honestly one of the dopest photos ever. Obama with that mic drop. #MambaMentality #ObamaOut pic.twitter.com/e8Kok968Zk