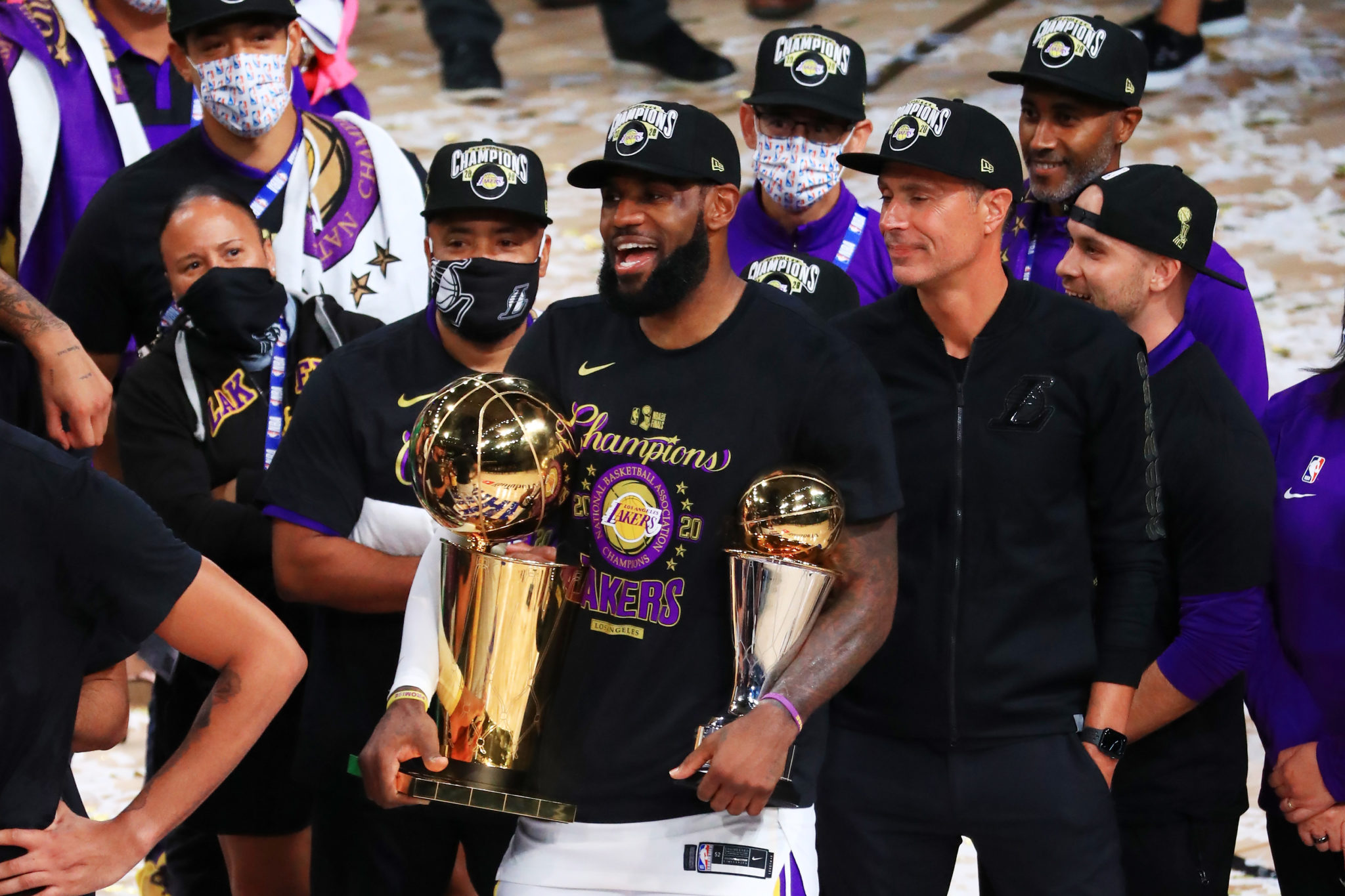 The Lakers have honoured Kobe Bryant by doing what Kobe did best: winning it all.

Here are some rapid-fire notes on how the Lakers closed the series, and how they did it with such authority:

– Frank Vogel replaced the increasingly ineffective Dwight Howard in the starting line-up with Alex Caruso, shifting Anthony Davis to center where he proceeded to take LA to new heights on offence and terrorise Miami on defence by playing off Adebayo and stifling all Heat activity anywhere near the rim.

– With Davis leading the way, the Lakers were absolutely locked in on defence from the jump, barely missing a single rotation and holding the Heat to an inconceivable 34 first half points in one of the most dominant defensive halves we’ve seen in a long time.

– LeBron James was a monster once again, finishing with 28 points, 14 rebounds and 10 assists while simply imposing his will at both ends like only he can.

– The Lakers were hoping for Playoff Rondo and they got Finals Rondo, with the fiery point guard scoring 13 ballsy points in the first half on perfect 6-6 shooting (only three players have ever gone 6-6 or better in one half of Finals basketball: Toni Kukoc, Lamar Odom, and Danny Green of all people) to finish with 19 points, 4 rebounds and 4 assists on 8-11 shooting.

– The Heat needed 40-point triple-double Jimmy Butler to beat the Lakers, instead they got 12 point Jimmy Butler who was clearly exhausted from barely seeing the bench all series.

– Goran Dragic’s return did little to help Miami, with the crafty point guard still in significant pain and only able to contribute 5 points on 2-8 shooting.

– With their three stars out of sync offensively in the first half especially, seemingly every Miami possession was a mess, something which lied in stark contrast with their usual crisp ball movement and unmatched chemistry.

– The Heat played with an alarming lack of urgency on defence, with their failures including a team-wide inability box out, cut off driving lanes, and display basic hustle and grit.

– Miami repeatedly shot themselves in the foot at the free-throw line, going just 13-22 from the stripe with Butler (1-3) and Adebayo (5-9) missed six between them.

After fighting with such much pride and dogged determination all series, Miami finished their season in less than ideal fashion to say the least, but they should still be proud of everything they’ve accomplished.

Meanwhile, James, Davis and the Lakers have more than earnt this title and deserve every champagne soaked celebration that comes their way.