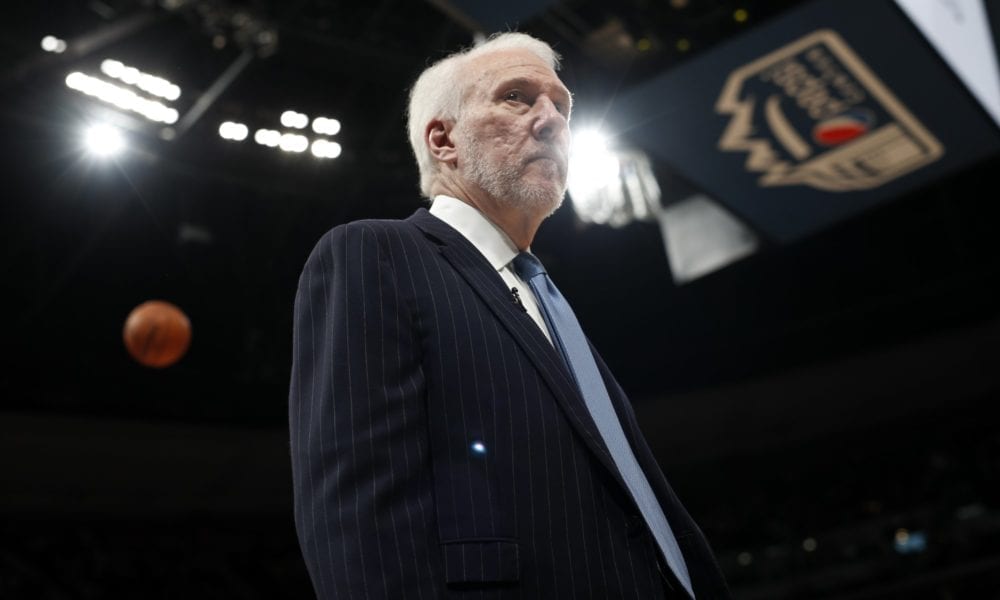 There was some speculation that Gregg Popovich would retire at the end of this season.

It would’ve made perfect sense.

Pop is now 70, he lost his wife of 40 years Erin a year ago, the Big Three is no more and he has Team USA duties to keep him busy anyway.

And yet after joking with reporters that he was in negotiations with numerous teams, Gregg Popovich has signed on for three more years in San Antonio the option to reassess at the end of each year.

This is clearly great news for anyone who enjoys elite coaching, although sideline reporters will have to continue living in fear.

It also means he could become the all-time wins leader among coaches, although I’m sure he’d tell you he doesn’t give a damn about that.

So if the Spurs can manage 45 wins over the next two years he will reach that mark before the 2020-21 season is out, doing it in six less seasons than Nelson and boosting the argument that he is the coaching GOAT.

James Harden says he could ‘barely see’ after suffering injuries in both eyes in Game 2.

The NBA has rescinded the technicals handed to Draymond Green and Nene in Game 2.

Draymond Green is sick of all the ref chatter and labelled it ‘embarrassing’.

Kyrie Irving has responded to his woeful showing in Game 2.

Dwyane Wade has confirmed he and LeBron James considered teaming up on the Bulls and Knicks back in 2010.

Shaq and Chuck ensured Inside The NBA was especially glorious last night.

The Pacers say Victor Oladipo is progressing from a right knee injury but they still don’t know when he will return to practice.

The Timberwolves have hired Rockets executive Gersson Rosas as their president of basketball operations.